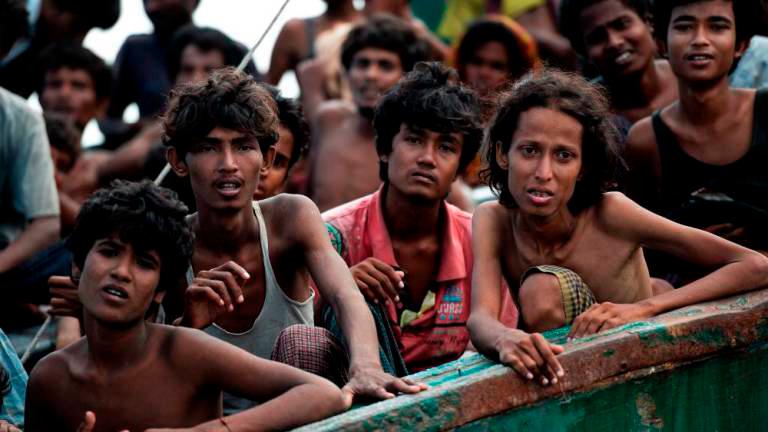 APPROXIMATELY one million Rohingya refugees reside in Bangladesh, the majority of whom crossed the border after a harsh military campaign in Myanmar’s Rakhine State began in August 2017.

Bangladesh has generously offered safe haven to this sizable population while also attempting to handle the displacement crisis as a short-term issue, stressing the significance of repatriation and avoiding multi-year planning. This strategy hasn’t worked.

The process of repatriation has slowed, criminality and violence in and around the Rohingya camps in southern Bangladesh look to be on the rise, and Dhaka has responded more vehemently.

After almost a million Rohingyas fled Myanmar for Bangladesh, its government moved swiftly to provide for them in the Cox’s Bazar and Teknaf areas.

The Bangladeshi government then moved to decongest these camps by moving some of the Rohingyas to other regions in order to ease the pressure on locals in terms of their means of subsistence, environmental hazard, security threat, etc.

In order to provide some of these Rohingyas, who volunteered to relocate to Bhashan Char with a dignified and sustainable temporary domicile, the Bangladesh Navy then constructed state-of-the-art amenities and lodgings there.

World attention is far away from the Rohingya Crisis at a time when the entire world is preoccupied with dealing with the Ukraine crisis, Covid-19 pandemic and other strategic issues related to the Israel-Palestine conflict, new security dimensions revolving around Quadrilateral Security Dialogue, Indo-Pacific Economic Framework etc.

Since its creation, the UN has actively contributed to the establishment of peace in numerous parts of the world.

For instance, the international community has seen how the UN might bring peace to places like Rwanda, Haiti and many other regions of the world where ethnic and religious strife were stifling the aspirations of ordinary people.

The UN is now being looked to by the people of Bangladesh as well as the hapless Rohingya community for a sense of relief and a glimmer of hope.

More action must be taken by the international community and the UN to address this disaster if more than a million innocent Rohingyas are to realise their dreams of living in dignity and peace.

Can the international community afford to see such injustice in the twenty-first century?

Since the late 1970s, Myanmar’s discriminatory policies have caused hundreds of thousands of Muslim Rohingyas to escape their homes in the largely Buddhist nation.

The majority have entered Bangladesh via land, while others have travelled by water to Thailand, Indonesia and Malaysia.

A flight of Rohingya began in 2017 as a result of increasing violence, which included reports of rape, murder, and arson.

Myanmar’s security forces were accused of carrying out ethnic cleansing during this time.

The international community is increasing pressure on Myanmar’s political authorities to stop the bloodshed, despite the fact that those forces assert they are engaged in a campaign to restore stability in the country’s western region.

Since the country’s declaration of independence in 1948, successive administrations of Burma, which was renamed Myanmar in 1989, have denied the Rohingya people’s historical assertions and refused to recognise the minority as one of the nation’s 135 recognised ethnic groups.

Even though many of the Rohingya can trace their ancestry back to centuries in Myanmar, they are regarded as illegal immigrants from Bangladesh.

The term “Rohingya”, a self-identifying phrase that first appeared in the 1950s and which scholars argue gives the population a collective political identity, is not recognised by either the central government or Rakhine, the dominant ethnic Buddhist group in Rakhine.

The most widely recognised idea, despite disagreements regarding the name’s etymology, is that Rohang comes from the word Arakan in the Rohingya dialect, where ga or gya denotes “from”.

Chris Lewa, the director of the Arakan Project, a Thailand-based advocacy organisation, claims that by claiming to be Rohingya the ethnic Muslim community claims its connections to territory that was originally governed by the Arakan Kingdom.

A genocide has allegedly occurred, according to rights organisations and other UN officials.

Nikki Haley, the US ambassador to the UN, stated during a special meeting of the UN Security Council that Myanmar’s government has waged a “brutal, ongoing campaign to purge the nation of an ethnic minority”, and urged nations to stop providing the military with weapons.

Additional pressure on Myanmar’s government has been rejected by other Security Council members like Russia and China.

In Rakhine State, sectarian conflict is nothing new. Tens of thousands of Rohingya were forced to flee their homes as a result of security measures over the past five years, particularly in 2012 and 2016.

As the migration of Rohingya into Bangladesh has increased, counties like the US, Canada, Norway and South Korea have increased their humanitarian aid.

In early 2018, a group of UK doctors launched an emergency reaction to help stop the spread of disease in camps.

Former US vice-president Mike Pence increased pressure on former Myanmar state counsellor Aung San Suu Kyi at the November 2018 Asean meeting by claiming that Myanmar’s “violence and persecution” of the Rohingya was to blame.

Human Rights Watch, Amnesty International, the Arakan Project and Fortify Rights are just a few of the advocacy organisations that continue to call for international pressure on Myanmar’s government to repatriate Rohingyas from Bangladesh.