Promote agriculture as heavy reliance on imports not sustainable: Economists 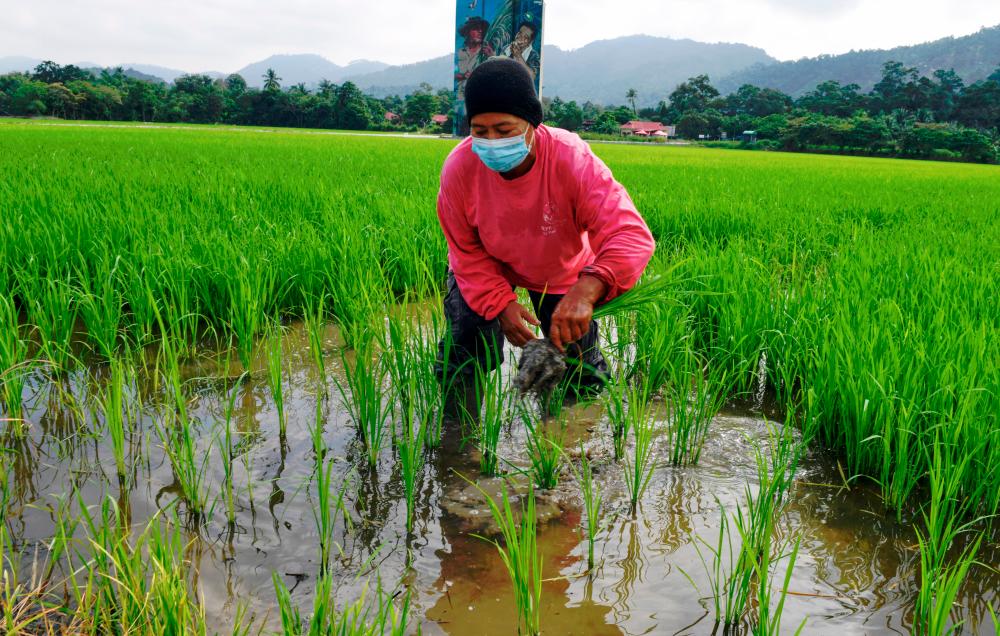 Malaysia has the right climate and soil to produce enough food to feed the whole nation, instead of turning to imports. – BERNAMAPIX

He said vegetable farmers must be given encouragement and government support while rice, that is a staple in Malaysia, is imported from Thailand and other neighbouring countries.

“Our food import bill stands at about RM60 billion annually and will continue to grow if the country fails to become self-sufficient in food production,” he said, adding that food security is a critical matter that needs to be given special attention.

Kuperan said the climate and soil in Malaysia are similar to Thailand and neighbouring countries, but we continue to import rice.

“The question is why Malaysia cannot do the same when Thailand can be self-sufficient and export its excess rice production.

“Only 5% of rice produced globally is traded on the world market. Should there be any major disruptions to rice production, Malaysia may find it hard to source the grain.”

He said the government needs to promote agriculture to ensure national food security and cannot rely on imports to meet domestic consumption.

“The reason given for importing food is that it is cheaper. But if the ringgit weakens, import costs will rise and result in higher market prices, thus hurting the people’s affordability,” Kuperan said, adding that there is an urgent need to increase food production to ensure food remains affordable to all levels of society.

“The government has emphasised helping the car, electronics and aerospace industries but a similar focus is lacking in the agriculture sector, which is vital to preserve our national food security. The current high prices of vegetables have shown the importance of self-reliance,” he said.

“There could be widespread hunger if people cannot buy food, and this will lead to chaos.”

He said while Malaysia is not facing a threat to its supply chain, the Russia-Ukraine conflict is causing food prices to rise.

“Our food import bill has continued to grow sharply and it is making things more expensive.

“The government can help reduce the people’s burden by subsidising basic food items, while those consumed by the middle and higher-income groups should be left out.”

Yeah said the government must ensure adequate production to meet the nation’s food security requirements for the lower-income groups.

“Any failure to help them could lead to health issues such as stunted growth among children caused by malnutrition.

“Inadequate local production is forcing the government to source our staple requirements from neighbouring countries, such as Thailand and Vietnam,” he added.

Yeah also said the government needs to build buffer stocks of staple food that can last two to three months, and sign a government-to-government agreement with various countries for such items.

“We must also remember that recent events have proven that when there is a problem, governments will prioritise their citizens by banning exports.

“The government needs to act quickly and decisively to reduce the nation’s dependence on imports by promoting local agriculture.”