Property market improving but not recovering yet: Expert 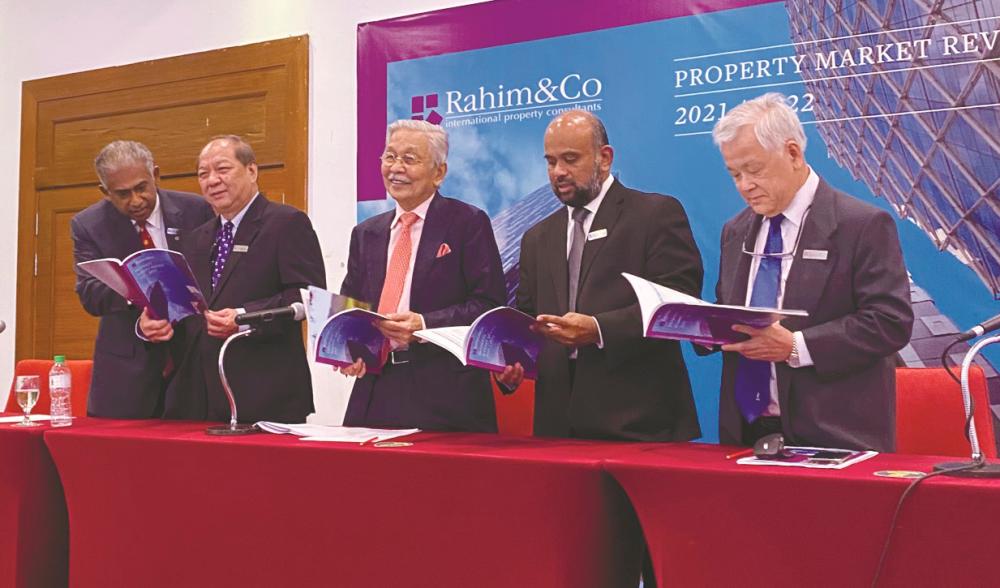 PETALING JAYA: The property market is expected to take another 12 months to recover against the backdrop of an uncertain environment due to the Covid-19 pandemic, as well as the impending 15th General Election which would influence investor confidence and security of income, according to Rahim & Co research director Sulaiman Akhmady.

“Pre-pandemic, there are also unresolved issues that need to be addressed such as property overhang as well as affordability in terms of income levels,” Sulaiman told the media at Rahim & Co property market 2022 outlook briefing yesterday.

“We won’t be surprised if the market improves by the end of this year or early next year after getting clarity on the domestic policies.”

Based on that, he believes property projection will not see much increment for the next two years. After which, it might go back up before returning to the long term growth trend of about 5%.

“Long gone are the days of double digit growth expectation where people want to flip at 20% returns. We have to wait for the next market upswing for that to happen.”

For this year, he expects to see growth and the market will enter a positive territory but realistically, the growth in 2022 will be really small.

“It is a flattish curve but any curve is better than a negative curve. We’ve had such a bad two years in terms of Covid-19, it can’t recover quickly. Instead it will be gradual,” said Siva.

The estate agency CEO said there has been a clear indication of growth as developers have grown more aggressive on land banking activities – a trend that he has observed numerous times throughout the years.

“Every time the market is down and there is a sign it’s moving up, developers will rush to landbank,” he explained.

The report attributed the increase to the pent-up demand effect and deferred transactional formalisations from previous quarters that had been delayed as well as supported by the accommodative policies by Bank Negara Malaysia.

However, the following Q3’21 was hampered by the full movement control order, which translated to a more muted overall performance for the first 9-months of the previous year which resulted in 201,065 transactions worth RM98 billion, translating to a slight drop of 1.8% in volume but a notable increase of 21.4% in value y-o-y.

Apart from the market situation, Rahim & Co’s executive chairman Tan Sri Abdul Rahim Abdul Rahman revealed that it is finalising an affiliation agreement with the UK-based estate agency firm Chestertons, which has a network of over 100 offices across Europe, North America, the Middle East, Africa and Asia.

“This development represents the next stage of Rahim & Co’s growth in real estate covering residential, commercial, industrial as well as property management and consultant services globally,“ he said.

With the affiliation, the property firm will be able to utilise Chestertons’ connection all across the globe.

Abdul Rahim stated that the agreement is expected to be finalised by early-March 2022.