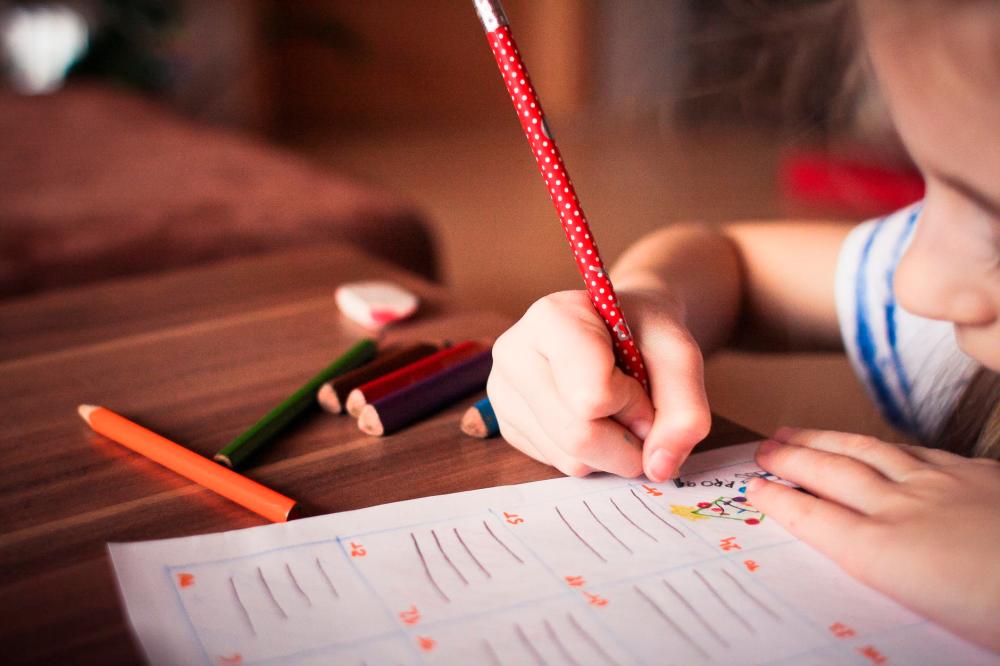 KUALA LUMPUR: Sending your child to a childcare centre can be a tough call for the parents to take.

But don’t throw caution to the wind when it comes to unregistered childcare centres, babysitters or nurseries. Several factors have shown to have emotional, psychological and growth effects on children under their care as against registered operators.

Sharing her perspective on these factors, Child Psychologist at SEGI University Prof Datin Dr Mariani Md Nor cited the attributes of a good childcare centre as providing a conducive, clean and safe physical environment, in addition to having in place a systematic schedule of daily activities for child growth.

She said that the food menu will influence a child’s eating habits, hence, childcare centres should provide children with enough safe and nutritious food to meet their individual energy and nutrient requirements.

At the same time, Dr Mariani said all registered caregivers should comply with the standard operating procedures (SOP) set by the Social Welfare Department (JKM) to ensure safe and healthy environment for the children under their care.

She said “the scenario is definitely different compared to unregistered childminders, childcare centres and nurseries as they are not tied to any SOP or regulations.”

“There’s no doubt that there are good childminders, experienced and with a background in early childhood education, but it all depends on one’s ‘luck’.

“Alhamdulillah (praise be to Allah), if there are parents who engage the services of such childminders. Indirectly, this could minimise the risk of harm to their children.

“However, in an unconducive environment, with no health and safety guidelines in place at unregistered caregivers’ premises, the child’s physical and emotional well-being as well as the socialising aspect will definitely be different,“ she told Bernama in an exclusive interview recently.

Dr Mariani who is also President of the Early Education and Childcare Council (EECC), said the psychological effects can be seen from the holistic growth of the child.

Under an unconducive physical learning environment at unregistered childcare centres or kindergartens, there is a great possibility that children are unable to socialise and develop their soft skills.

“This is further compounded by the absence of activities for their age such as exchange of opinions, decision-making including accepting ‘lose and win’ situations which should be taught in a more systematic education system,“ she said.

Such a situation, she said, would certainly have an influence on a child’s development process, especially when the young ward is fed with food (if it happens) that could affect his or her physical growth.

According to Dr Mariani, in a registered childcare centre and nursery, risks of abuse could be minimised as the childminders are required to attend the PERMATA Early Childhood Care and Education Course or Kursus Asuhan PERMATA (KAP).

“This course serves as a guide for caregivers in the process of caring for children under their care, with modules for better quality education that incorporate the full elements of empathy and high degree of patience.

“At unregistered childcare centres and nurseries, there is the risk that anyone can be hired irrespective of background, with no regulations to state that the childminder should have a certain certificate or qualification to care for children,“ she noted.

The problem is further aggravated by prolonged problems that remain unsolved, as well as lack of support from family and friends, which make the pressures of caring for a child overwhelming, and can cause abuse.

She said that children who are usually active, energetic and aggressive could be a ticking ‘time bomb’ for the caregiver, thus triggering episodes of child abuse, and worse still, murder due to uncontrollable pressure.

She said, most studies conducted locally and abroad revealed a high percentage of child abuse cases are due to stress as well as other related problems.

“Children who have been abused could grow up as abusers and become aggressive, depending on the extent of abuse they experienced.

“They may also become passive, do not easily trust others, lack of confidence and low self-esteem,“ she said.

Hence, Dr Mariani said, it is important that every childminder be equipped with parenting knowledge and early childhood education, which serve to groom the young ones into adults who are physically, mentally and spiritually balanced, hence paving their path to leadership.

“Childcare knowledge can help shape their future. Childminders are like parents during the day (when parents are at work), hence, it is important that every caregiver is equipped with this knowledge to ensure the child’s growth is on the right track.

“Childminders who are entrusted to care for children should have a sense of belonging and compassion,“ she added.

Meanwhile, the high demand for caregivers from parents and guardians for immediate and easy solution to their childcare problems, also contributed to the mushrooming of unregistered operators,

She said, besides exorbitant fees imposed by registered childcare centres or nurseries, there are also parents who are self-centred and are not concerned with the child’s well-being, hence they leave their children under the care of registered operators.

This, she said, also contributed to the springing up of such premises, ‘like mushrooms after the rain.’

At the same time, there are also nurseries which operate by profiteering from public donations, she added.

Shahida said, due to the high demand for child nurseries, there are operators who either have ulterior motives or are profit-driven, went ahead by opening their premises earlier before submitting their applications to JKM.

At the same time, some of these operators have even received various facilities or recognitions from the local community based on their charitable work besides securing financial assistance for their operations.

“With a flush of funds in their coffers generated from public contributions, these operators have turned a blind eye to rules and regulations or relevant Acts that they have to comply,“ she said, adding that these centres should equip themselves with the relevant knowledge related to childcare and healthcare aspects, as well as nursery administration and financial management.

According to the JKM website, a child is defined as a person under the age of 18 years old as stipulated under the Child Act 2001 (AKK 2001).

Child protection refers to strategies and activities to safeguard children from neglect, abuse, violence and exploitation towards children.

Neglect refers to the persistent and serious failure to provide basic physical, emotional and developmental needs in terms of health, education, emotional development, nutrition, shelter and safe life for children. Neglect may expose children to all kinds of dangers, including life-threatening dangers.

Child abuse is defined as any potential risk of a childbeing physically, sexually, emotionally injured or neglected in terms of adequate care, supervision and safety. Abuses against children include physical abuse, emotional abuse, sexual abuse and neglect.

According to AKK 2001, physical abuse is when a child is physically injured if there is substantial and observable injury to any part of the child’s body as a result of the non-accidental application of force or an agent to the child’s body.

Emotional abuse is when a child is emotionally injured if there is substantial and observable impairment of the child’s mental or emotional functioning.

Sexual abuse is when a child is sexually abused if he has taken part, whether as a participant or an observer, in any activity which is sexual in nature for purposes.

Violence against children refers to all forms of physical or mental violence, injury and abuse, neglect or negligent treatment, maltreatment or exploitation, including sexual abuse.

Exploitation of a child refers to the use of the child in work or other activities for the benefit of others and to the detriment of the child’s physical and mental health, development and education.-Bernama