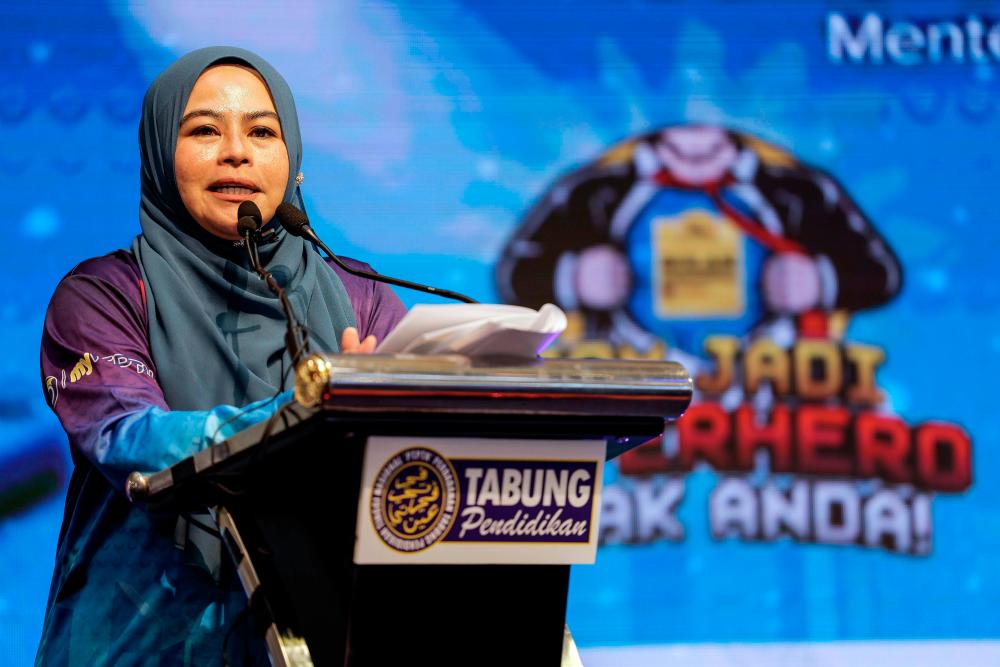 Higher Education Minister Datuk Seri Dr Noraini Ahmad (pix) said the campaign aims at promoting the savings culture among members of Keluarga Malaysia (Malaysian Family) and it is held in conjunction with World Savings Day which is celebrated on Oct 31 every year.

She said the three-day BMS 2022, which is being held in various locations across the country seeks to raise the financial literacy level among the community by saving through Simpan SSPN Prime and Simpan SSPN Plus.

“Among the privileges offered for depositors are exemptions from income tax assessments of up to RM8,000 per year, competitive dividends, matching grants of up to RM10,000 each for eligible families, a scheme that is syariah-compliant and government-guaranteed,“ she said when speaking at the BMS 2022 launch ceremony here today.

She said BMS 2022 also offers cash prizes amounting to nearly RM50,000 for 25 winners at the national level as well as attractive prizes for 84 winners at the state level.

Noraini said as of Aug 31, Simpan SSPN recorded a total deposit of RM12.81 billion with a total of 5.5 million accounts.

Through the BMS 2022 programme, she is targeting a sum of RM150 million in Simpan SSPN deposits, she added.

At the event, Noraini handed over prizes to Lee Yung Chok, 34, and Nurul Huda Wahab, 39, who were the winners of the ‘Cabutan WOW! 25 Tahun PTPTN’ lucky draw with each of them taking home a cash prize of RM2,525.

Nurul Huda, from Gombak, who makes deposits for her two children, said she took a chance and did not expect to win.

“When I saw the advertisement about this contest (Cabutan WOW! 25 Tahun PTPTN), I became interested to try it,” she added.-Bernama