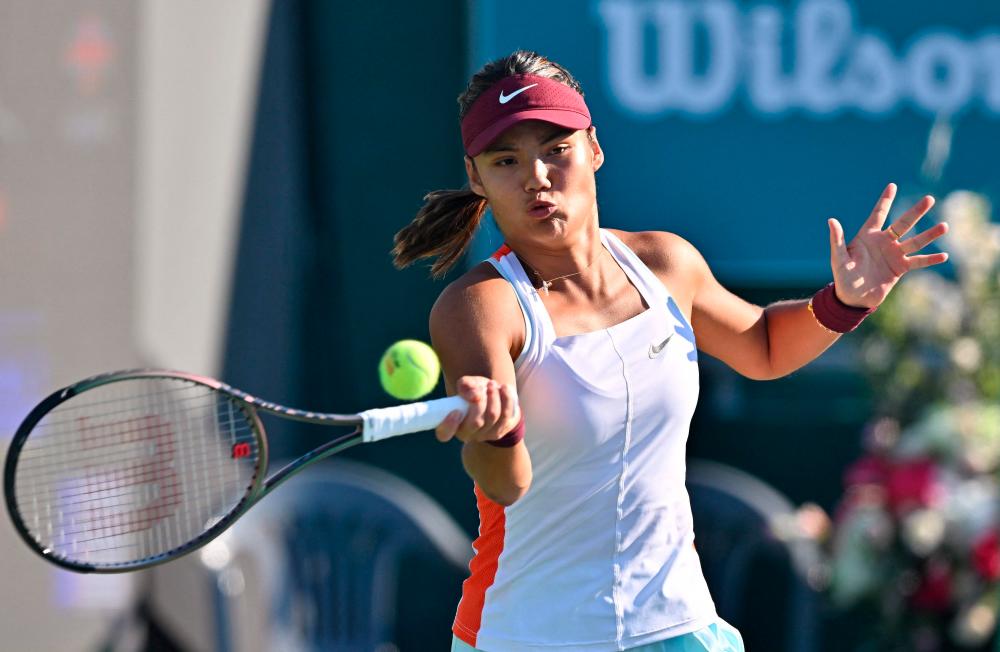 Emma Raducanu of Britain returns the ball against Moyuka Uchijima of Japan during the women’s singles round of 32 match at the Korea Open tennis championships in Seoul on September 21, 2022/AFPPix

Raducanu, who crashed out of the US Open in the first round last month, overcame a sluggish start and a late wobble to win 6-3, 7-5 in Seoul.

The 19-year-old Briton, the sixth seed, will face third seed Magda Linette of Poland next.

Raducanu reached a career-high 10th in the world in July, but is now 77th, having failed to build on her shock success at Flushing Meadows last year.

Wickmayer held her own initially, exchanging breaks to 3-3, before the Briton picked up the pace to take the first set.

Raducanu carried that momentum into the second set and was leading 4-1, only for Wickmayer to fight back to 4-4.

Raducanu eventually pulled through, breaking Wickmayer's serve on the way to clinching the set and match.-AFP