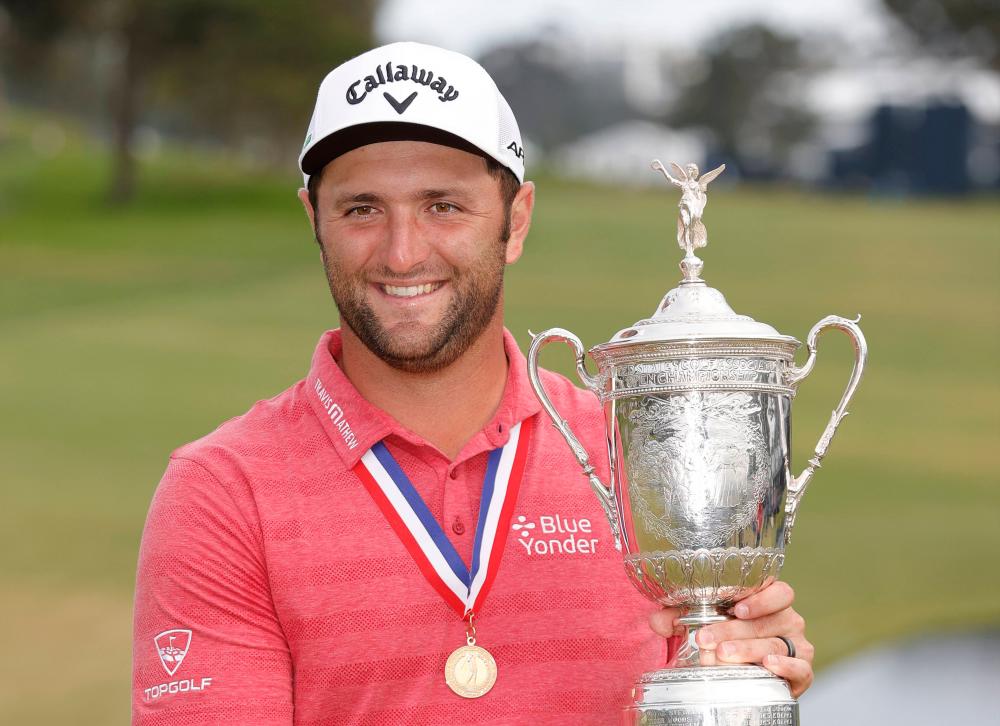 What many did not know was how close the ties are between the Mickelsons and Rahms.

When Mickelson became the oldest major winner in history at Kiawah Island last month, he had his brother Tim on his bag.

And Tim had been the golf coach at Arizona State who first spotted Rahm’s rise in the junior world rankings in 2012 and offered him a scholarship without ever seeing him play.

It was a wise move. Rahm rose to top the world amateur rankings, staying there for a record 60 weeks.

Rahm, under Tim, won 11 collegiate tournaments, second only on the all-time Arizona State list to Phil Mickelson’s 16, and when he turned pro Tim became his agent.

Tim then tipped Rahm to have a career to rival his Hall of Fame elder brother.

“Fortunately I’m 51 and I won’t have to deal with it,” Phil laughed, when reminded of the prediction on Sunday.

Phil Mickelson is renowned for his love of a wager and he has cashed in on Rahm’s success – thanks to brother Tim.

Phil believed Tim’s conviction that Rahm would be a top-10 player within a year of turning pro after the 2016 US Open.

Phil took odds of 2/1 with fellow PGA Tour player Colt Knost and won the bet when Rahm broke into the top 10 for the first time in May 2017.

Knost would not say how many much the bet was for, but admitted the sum “had a comma in it”.

It turns out that Tim is quite the fortune-teller, as Rahm recalled after winning on Sunday.

“You know I’m remembering this now and Tim, my coach in college, said years ago: ‘I believe Jon’s first major is going to be a US Open’,” Rahm said.

“At the time, I was like, ‘Man, there’s not a chance in this world I would win a US Open before anything else.’

As Jon Rahm smiled, hugged his wife and baby boy Kepa, and spoke movingly about his first major win on Sunday, just two weeks after testing positive for Covid-19, it was hard to believe that the new Spanish world No. 1 has been nicknamed “Rahmbo” for his explosive on-course outbursts.

Rahm has been known to blow up when he misses a five-footer, or break a club or fly into a verbal meltdown when things are going against him, but the 6ft 2in (1.88m) giant is just a big cuddly bear off the course, according to wife Kelley.

“He’s tried before to be happy all the time and not show the emotion, and it just doesn’t work for him.

“He’s shy and gentle off the course – seriously.

“But then you get him on the golf course, and he wants to step on people’s necks.” – AFP

Covid-19: Vaccination for the homeless can help them find work

Confiscated trade items worth RM1.6 million disposed of in Selangor

2.Covid-19: Vaccination for the homeless can help them find work