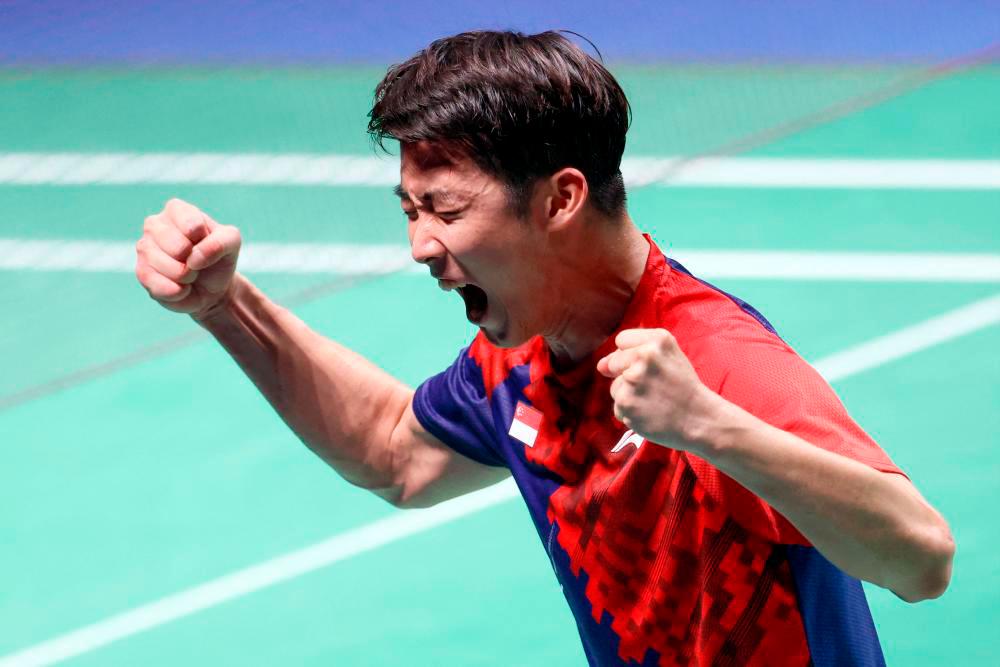 So, the 2019 SEA Games silver medallist has set his sights on bagging his first-ever gold medal at the biennial games in Hanoi, Vietnam, even as he leads Singapore into the 2022 Thomas Cup Finals, which starts today and ends on May 15.

“That’s my target (SEA Games gold). Whether I win or not, I don’t know, and nobody knows who will win it. So, I’ll just try my best,” he told reporters after securing the first point for Singapore in the first Group A match against Indonesia today.

However, Kean Yew’s 21-13, 21-14 victory against Indonesia’s top shuttler, Anthony Sinisuka Ginting was not enough to help his team defeat the defending champions, as they ended up losing the match 1-4.

The Penang-born shuttler created history when he became the first Singaporean player to win the World Badminton Championships, a feat no Malaysian has managed to achieve.

The closest any Malaysian got is the final of the prestigious tournament, with former world number one, Datuk Lee Chong Wei, losing the final three times, in 2011, 2013 and 2015.

As more shuttlers monitoring his performance, Kean Yew admitted that he was still learning to cope with the pressure and hoped to improve since his historic win in Spain, last December.

“I think mentally and heart wise, I’m much better now and at the same time, I tried to be happy about life,” he said.

Kean Yew is scheduled to return to the court at Impact Arena when Singapore take on South Korea in their second group match of the 2022 Thomas Cup Finals tomorrow.-Bernama