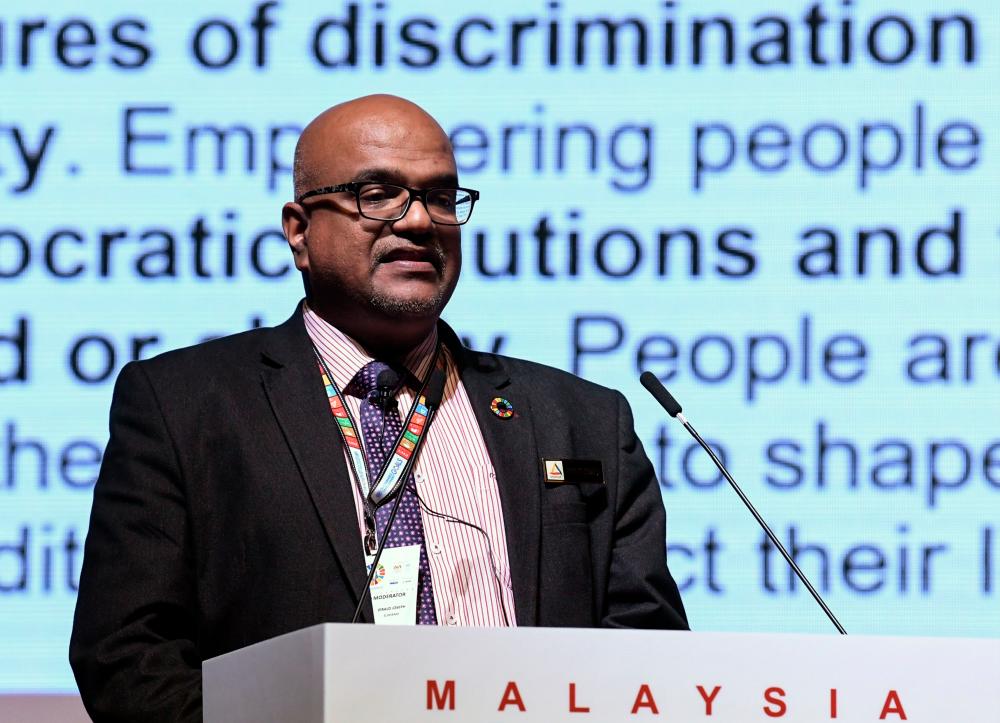 PETALING JAYA: A human rights activist and non-Muslim groups have called on the people to stand together to stamp out religious prejudice.

The Malaysian Consultative Council of Buddhism, Christianity, Hinduism, Sikhism and Taoism (Council) wants action to be taken against anyone sowing hatred against other religions.

The outcry over religious prejudice arose with a recent comment by a Muslim preacher that Hindus and Buddhists were out to exterminate Muslims.

In a minute-long video that has been widely shared on social media, Ustaz Syakir Nasoha cited incidents in Myanmar and India to back his claim.

Joseph pointed out that while every individual has the right to freedom of expression, it is not a passport for them to incite hatred against another group, person or faith.

He said Syakir should be investigated and prosecuted if his speech is found to have incited feelings of hatred.

“He should be subject to our criminal laws.”

Joseph pointed out that as children, everyone is taught to not have any prejudice against others.

“However, every community holds prejudice against other communities. What we need is to respect each other’s beliefs as well as our diversity and differences, and this requires more education,” he said, adding that managing prejudice is not just about prosecution.

“It’s about laying the groundwork for broader education, engagement, information sharing and building a Malaysian value centred on respect regardless of religion or whether the community makes up the majority or minority.”

He said while the Keluarga Malaysia concept is appealing, it needs a fundamental shift in how the country deals with its people.

“It demands inclusivity and equality across racial and religious lines. By virtue of being Malaysian, the room for fair opportunity and non-discrimination should be conventional,” he added.

“Such actions will lead to a breach of the peace.”

In a statement on Monday, the Council said Syakir’s reference to non-Muslims as infidels and his comment that they were plotting to kill Muslims in Malaysia was aimed at instigating harm against non-Muslims.

“The ustaz is clearly a threat to the peaceful and harmonious co-existence among Malaysians,” they said in the statement.

Jagir urged the authorities to take stern action against the preacher in accordance with the law, based on the fact that “his words are likely to cause ill-will and disunity among followers of the different faiths in Malaysia”.

“Given that an ustaz is held in high regard in the Muslim community, Syakir’s comments will incite (ill feelings among) Muslims against non-Muslims,” he said.

“Such actions should be condemned by all and the perpetrator should be harshly punished to serve as a lesson to all.”

He pointed out that when racially inflammatory remarks that have the potential to spark religious conflict are made, the government should respond without fear or favour.

“Anyone who makes such statements should be investigated and charged so that others intending to commit such acts will be deterred.”

A hero for all ages

4.The end of an era for Peng Soon- Liu Ying