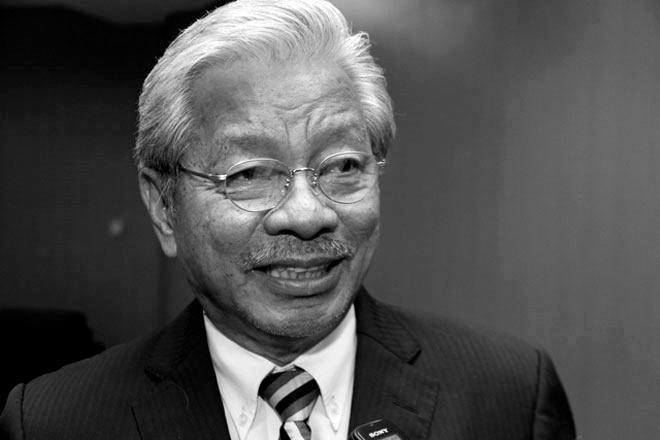 KAPIT: The legacy left behind by the late Tan Sri Dr James Masing, the Sarawak Deputy Chief Minister who died on Oct 31, is deeply etched in the hearts of the people of Baleh, the State Legislative Assembly constituency that he had represented for almost 40 years.

Unlike the perception of those who have yet to set foot in the area, which is still fresh thanks to its natural surroundings, Baleh, which is located in the interior of central Sarawak, has undergone a lot of changes due to the development that had taken place during that period.

A local leader in Ulu Gaat, Baleh, penghulu (village headman) Bunsu Gerinang, 80, has experienced the many difficulties of living in the area when it could only be reached via the river.

“Previously, to travel by boat from Ulu Gaat to Kapit, which is the nearest town, would take us about three hours. Apart from that, the journey was perilous, the cost of petrol was high because we had to use barrels of petrol for our outboard engines,” he told Bernama.

Now, that is just a memory following the robust development that began with the Baleh Hydroelectric Dam that is located about 105 kilometres (km) from Kapit town, and which has proven to be the catalysit for the growth of other projects in the area.

These projects included the 73km road facility from Nanga Mujong to Nanga Antawau costing RM1.2 billion that has been completed and used by the residents in the surrounding areas, thus making it easier for residents to commute to Kapit by land vehicles.

“There are also more cars now. Petrol usage is also less because with a full tank, one can commute to Kapit and move around the village. Even getting to Kapit takes only two hours,” said Bunsu.

According to him, there is now electricity supply to longhouses under his care while pipes for water supply from the river are also being installed.

“If this is not a form of development, then what else can be described as development? Outsiders who do not know what actually took place here should not try to compare the development carried out in Baleh with that in Kuala Lumpur because that is not fair,” he said.

Bunsu said that he and several other longhouse chiefs had planned to start a fish farming project in cages at the Baleh Hydroelectric Dam when it is ready and they expect the project to raise the income of those who take part.

With this development, Bunsu hopes that whoever replaces the late Masing as Baleh assemblyman after the 12th Sarawak State Election will be able to continue developing the area for the convenience of the people.

Longhouse chief Kilau Ugap said those claiming that no development had taken place in Baleh were those who had never been to the area before or witnessed the changes that had taken place over the years.

“Come and see for yourself the changes that have taken place. All along Sungai Baleh, Sungai Batang Rajang and Sungai Mujong, there are various development projects. There are schools and clinics, telecommunication systems are being set up and electricity supply using solar energy has also been implemented. The Bukit Mabong District Office has also been set up to facilitate the people’s dealings with the government,” he said.

Another longhouse chief, Jimbun Ajai said that his longhouse in Pulau Won was now close to enjoying electricity supply.

“The electrical wirings in the house have been done and all that is left now is to install the meter,” he said.

In addition, residents in longhouses are now able to enjoy Internet facility with the installation of the WiFi ConnectMe hotspot system by the government.

“We have been waiting patiently for this Internet facility for a long time and finally we have got it. We are grateful because this facility can help our children follow the home-based teaching and learning method (PdPR),” he said.

He added that the longhouse residents wanted the legacy of development carried out by the late Masing to be continued by his successor.

Masing, who was the Baleh assemblyman since 1983, died at the age of 72. He was also the president of Parti Rakyat Sarawak (PRS), one of the component parties of the Gabungan Parti Sarawak (GPS) that formed the state government.

In the 11th state election in 2016, Masing won the seat after obtaining 5,272 votes while DAP’s Agop Linsong garnered only 479 votes.

The Election Commission (EC) has set early voting on Dec 14 and polling on Dec 18.-Bernama