Remove stigma attached to drug users as they are not criminals 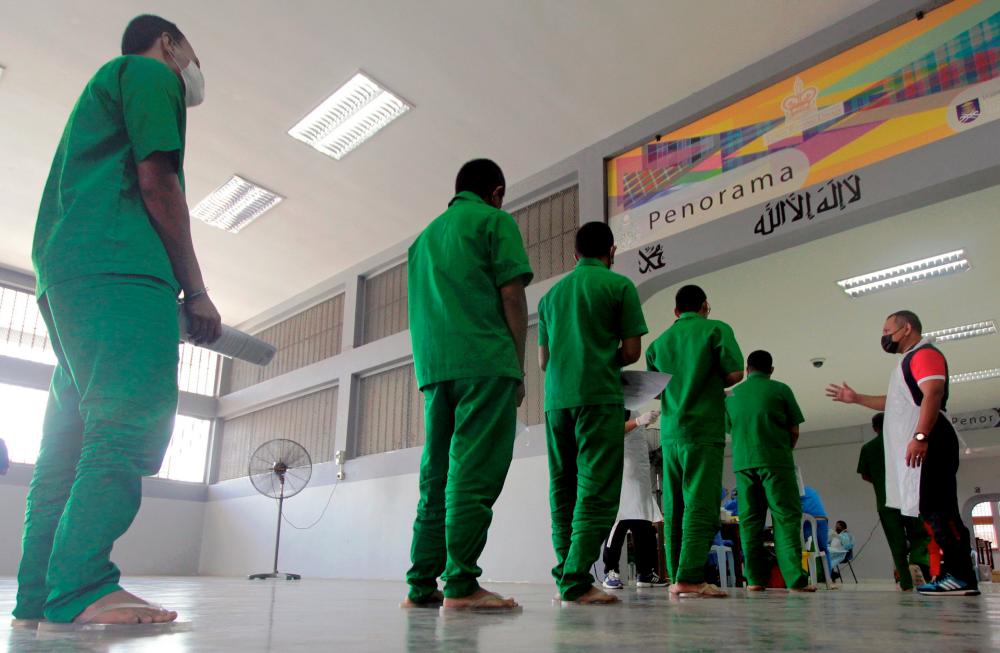 KUALA LUMPUR: Earlier this month, a 31-year-old resident of a drug rehabilitation centre in Kubang Pasu, Kedah, was allegedly kicked and beaten by a warden after he tried to escape. He later succumbed to his injuries while on the way to Hospital Jitra.

Did he deserve the severe punishment that claimed his life for merely trying to run away from the rehabilitation centre? That incident is a clear indication that the stigma attached to drug use – and the assumption that addicts are criminals who will not change their ways – still exists.

Mental health and addiction experts are concerned about this situation because, according to them, it clearly contravenes the World Health Organisation’s International Classification of Diseases (1994) stating that substance abuse or addiction is a type of mental disorder or chronic disease which can lead to a person’s inability to control their use of substances such as legal or illegal drugs, alcohol and nicotine.

In the case of drug addicts, treatment and rehabilitation can help them to kick their habit and enable them to reintegrate into society.

Dr Rusdi Abd Rashid, who is director of the Centre for Addiction Sciences at Universiti Malaya, told Bernama discrimination against drug addicts is still at an alarming level in Malaysia, adding that something needs to be done immediately to stop them from being oppressed by society and the authorities.

According to him, addicts were branded as criminals due to a certain error in previous government policies that applied the total abstinence approach and subjected drug users to punishment under the laws of the country.

Abstinence is a term used in the addictions field to describe the process of abstaining – meaning avoiding or not engaging in – from certain potentially addictive substances or behaviours.

“Starting many years ago, drug rehabilitation centres have been receiving trainees (or residents) through court orders, that is, forcefully and they are required to undergo compulsory rehabilitation for two years, which is not very different from being imprisoned.

“And, after they are released, these trainees will have to put up with the post-rehabilitation syndrome stigma for the rest of their lives and will be labelled an ex-criminal. These individuals find it difficult to get a job or continue with their studies... they are regarded as garbage by society and even their own families don’t want them,” he said.

Dr Rusdi feels that rehabilitation centres need to reflect and evaluate, as well as investigate, why their residents make attempts to run away from the institutions concerned.

Commenting on the unfortunate death of a rehabilitation centre resident in Kedah, he said the tragedy would erode the trust families place in institutions that are supposed to look after the safety of their patients and heal them.

Wardens, he added, are supposed to be role models who can inspire drug addicts to return to society and lead a normal life.

“It (the incident) shows the extent of discrimination (against drug addicts) in our society. Addicts are patients, not criminals and they shouldn’t be beaten to death. Would you get into a rehabilitation centre or send a relative there if you are going to be treated like that?” he asked.

In Malaysia, meanwhile, efforts are already underway to amend existing policies to decriminalise drug usage so that addicts are not viewed as criminals deserving punishment but as patients in need of treatment and rehabilitation. The Ministry of Home Affairs (KDN) and Ministry of Health started working on these changes in 2019.

Home Minister Datuk Seri Hamzah Zainudin was quoted as saying that before the bill is tabled in the Dewan Rakyat, his ministry would allocate enough time to engage with stakeholders, including non-governmental organisations, to get their comprehensive feedback on the proposed law.

Drug addiction expert Dr Al-Zilal Abdul Wahid, who is also a committee member of the Malaysian Psychiatric Association (MPA), welcomed the move to decriminalise addiction, saying that it will provide more space for families and society to encourage drug dependants to seek treatment without fear of punishment.

“They did not choose to be addicts. They were placed in difficult situations and they used substances as a way to cope. While doing so, they ended up being addicts instead. And we should be the first to help rather than discriminate them,” he said.

Meanwhile, Dr Mohd Fadzli Mohd Isa, who is also a committee member of MPA, pointed to the need to develop a more holistic drug rehabilitation programme that covers the biological, psychological and social aspects as well.

He said a comprehensive treatment approach will involve medical evaluation and the use of medications to stabilise withdrawal symptoms and prevent any relapse, as well as treat mental health complications arising from drug use and addiction such as depression and anxiety, as well as psychosis symptoms like delusions and hallucinations.

“Regular and structured psychotherapy sessions are more effective in the long term, as well as a safer and more humane way (to handle drug users) rather than punishing and detaining them,” said Dr Mohd Fadzli, who is also an addiction expert.

Such treatment options should be considered by rehabilitation centres, he said, adding that the staff running such institutions should be equipped with skills and knowledge in the field of addiction and intervention in order to trigger the necessary changes in an addict.

He said the social aspect of rehabilitation is ensuring that the basic needs of the drug user are met. This includes a place for them to stay within the community, being provided job opportunities, obtaining spiritual strength and being able to harness their potential to the fullest.

Dr Mohd Fadzli said these aspects of rehabilitation can be implemented within the community where the drug addicts can stay in their own homes and remain close to their families.

“This will be financially less taxing (for the government) as the addicts need not be detained in any facility,” he added.-Bernama