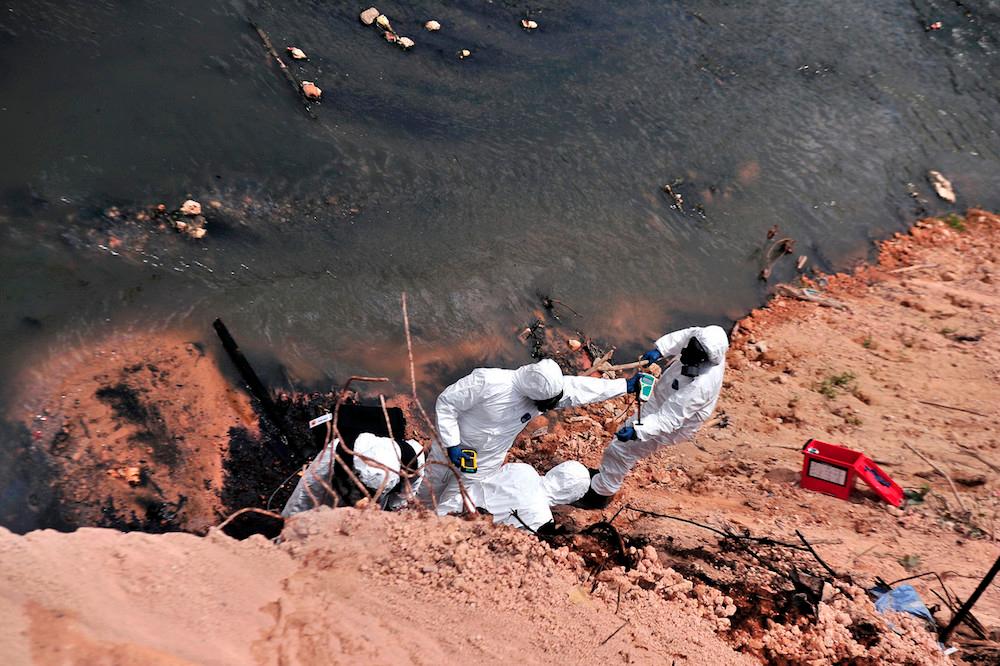 JOHOR BAHRU: Residents in Kampung Bukit Pulai, near Pasir Gudang here, claim that they are used to foul odour emanating from Sungai Kim Kim for more than 20 years but it is the first time they are seeing the black coffee-coloured river water.

Ahmad Ali, 59, who has lived in the village since 1992, said the latest pollution in the river four days ago (July 28) was allegedly caused by waste from a sewage treatment plant (STP).

“It is learned that the pollution is due to leaks or sewage spills but I am not sure which one because there are four to five sewage plants nearby with the closest plant in Taman Pasir Putih, is about 200 metres away from my house.

“At first, when the odour was in the air, I didn’t even want to eat...but I thought it was normal. At 6pm, while taking my grandchildren for a walk, I saw the river behind the house had turned black and it was very smelly,“ he said when met by reporters at his residence, here, today.

Another resident, Noorma M. Noor, 54, said she and her two children seemed to be “immune” to the stench that had occurred in the area over the past few years but hoped the problem could be addressed immediately for the residents’ comfort and safety.

“I am very disappointed. Before it only smelled bad but this time there is black residue in the river. We were relieved of chemical pollution two years ago but now the residents are being tested with sewage pollution. Fortunately, it rained yesterday so today the water has cleared up,“ she said.

At the same time she praised the swift action of the Johor Department of Environment (Johor DOE) which did a follow-up using drones and water testing after receiving complaints from the public about the river’s black water and bad odour.

A survey at the scene by Bernama found that the colour of river water has improved due to the heavy rain since this morning but the unpleasant smell is still in the air in the surrounding area.

“The Johor DOE investigating officer is still conducting a detailed investigation and collecting all the evidence,“ he said.

Meanwhile, Johor Health and Environment Committee chairman R. Vidyananthan, in a separate statement, reminded any sector allowed to operate during the Movement Control Order period to comply with the Environmental Quality Act 1974 and not cause pollution.

Yesterday, the Johor DOE reportedly conducted an investigation into complaints from the public claiming that the Sungai Kim Kim was polluted with a foul smell and its waters were black on July 28. — Bernama