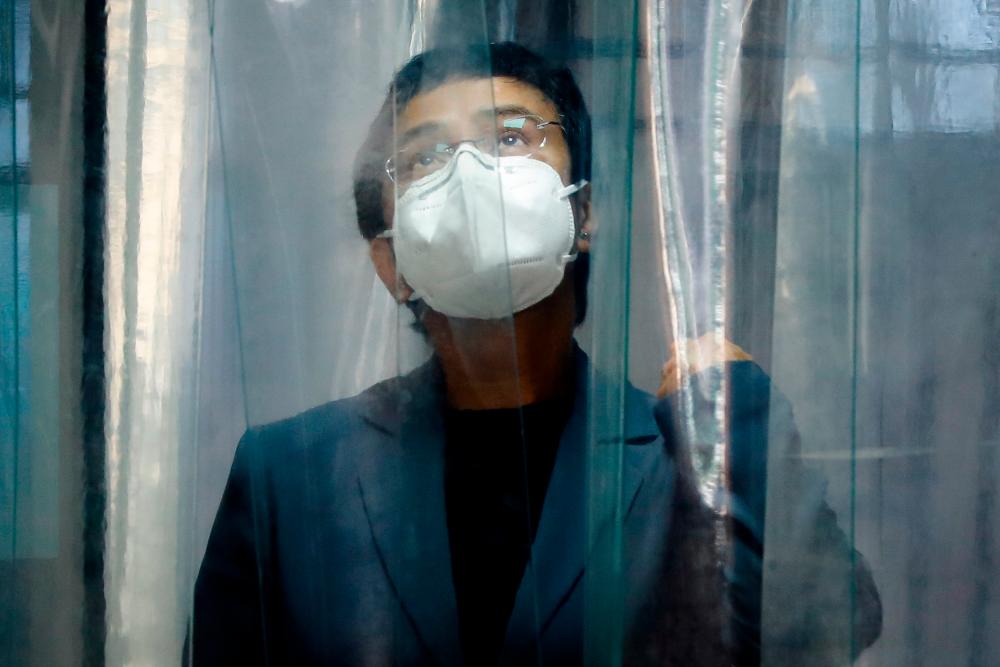 ABOUT time! This was my first response upon hearing the announcement by the Nobel Prize Committee that the Peace Prize for 2021 went to two journalists for the first time.

Upon hearing Maria Ressa(pix) of the Philippines as a co-recipient of the award: Why not?

I did not know anything about her co-recipient of the prize from Russia, Dmitry Muratov, and so I shall confine my comments here to her.

To begin with, the best of journalists strive for objectivity and a fair and balanced news coverage, which is about creating bridges out of a healthy respect for facts and truths. Without the latter, there will be no trust. And a trust deficit will easily collapse any bridge that tries to forge a communion between differences.

The best form of journalism is what Ressa engaged in, especially in the last few years in the Philippines, through her online news portal Rappler. In a country still largely enthralled with the wildly popular but highly authoritarian President Rodrigo Duterte, he is unfettered and unworried, and prides himself as judge and executioner when dealing with wrongdoers in the area of illegal drugs.

His critics have condemned his promotion of extrajudicial killings and abuse of the country’s constitution. They have also accused his drug policy as being lopsided in which it victimises only the small-time dealers and users, who are poor shanty dwellers. Among the critics were Ressa and her young team at Rappler, who were featured recently in an excellent and moving documentary entitled A Thousand Cuts.

One would think the rise of the internet and social media would help the work of journalists like Ressa, who are interested in pursuing and presenting the facts and truth above all else as objectively and fairly as possible.

A key reason being there is another means for journalists to check politicians who get too powerful. But the net outcome so far has been the opposite: Lies and distortions, driven by self-serving interests and ideology, have eclipsed objective and fair journalism of factual information and truth.

The commercialisation and commoditisation of news for profits have been increasing progressively, resulting in the abandonment of objectivity. Even before the rise of social media, opponents of objectivity ridiculed proponents of news objectivity as naive or a colossal waste of time. To them, objectivity is a violation of being human as we are all born subjective beings.

It is as if opponents of objectivity have never heard of people having the capacity to learn what they were not born with, and still could excel in it. To those born with anti-social behaviour, their message would be to leave them to their own devices as they can never learn to overcome it.

Fact checking in news media organisations is unsurprisingly one of the first to be cut in this commercialism that eschews objectivity.

Of course, journalism that cares for facts and objectivity has always been a thorn in the side of politicians. This is because politicians have a tendency to influence and manipulate the news to their advantage, but journalists should stand firm on the facts in their coverage, objectively and fairly.

With the rise and popularity of the internet and social media, instead of making the job of journalists easier, it has helped politicians more. Nowhere is this better illustrated than the US presidency of Donald Trump, who, interestingly had more in common politically with Duterte.

And increasingly, giant social media platforms have been accused of being purveyors of lies, distortions, half-truths and conspiracy theories through algorithms that cannot distinguish between facts and truths from lies and conspiracies. They can only respond to numbers – the higher the net click the more popular they are, which translates to more profits via targeted advertising online for the social media host. As Ressa said in A Thousand Cuts: “Technology has helped facts [to be] disputable, eroded truth, and crippled trust.”

As such, the Nobel Prize recognition of Ressa for peace is timely. What she had to deal with, in the form of a popular Philippine President Duterte, was daunting as it is. His “take no prisoner” and “to hell with human rights” idea of and approach to law and order made her journalism work in search of facts and truth a threat to herself and her staff at Rappler.

If the Nobel Peace Prize were to serve any good, it should spotlight on why journalism, based on facts and truth through objective and fair news coverage, has an even larger role to play in this age of information, that has been dominated by lies, fake news and conspiracy theories.

Peace can be built to last only when it is based on facts and truth gathered objectively and fairly – a form of journalism best exemplified by the work of Ressa.