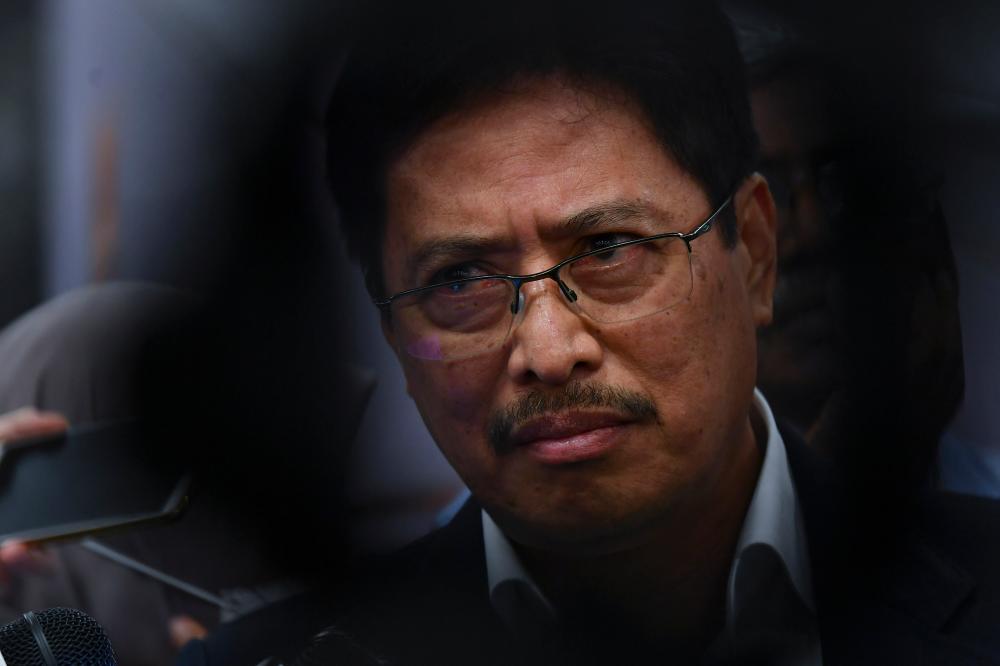 PUTRAJAYA: The total assets forfeited and returned to the Malaysian government last year was worth about RM5.1 billion, with 99.57 per cent of it linked to 1Malaysia Development Bhd (1MDB), said Malaysian Anti-Corruption Commission (MACC) Chief Commissioner Tan Sri Azam Baki(pix).

He said following investigation by MACC, 152 cases of property forfeiture were filed in court, of which 121 cases had been resolved.

Azam said the MACC `would investigate any complaints of corruption, even if the amount involved was small.

If there is a reasonable reason to show an offence under the MACC’s jurisdiction, an investigation paper would be opened and upon completion of the investigation, it would be referred to the Attorney -General’s Chambers for further action, he added.

“Although the consent to prosecute a case is the discretion of the Attorney-General’s Chambers, the decision depends on the strength of the evidence from the MACC’s investigation,“ he said.

Azam said the MACC had its own standard operating procedures (SOP) in conducting investigations and could not open investigation papers based only from information provided by a blogger or a social media user.

“If there is no or not enough evidence, the investigation paper will be closed. This practice is to ensure that an innocent person is not persecuted and that the accused has the opportunity to defend himself in court,” he added.-Bernama