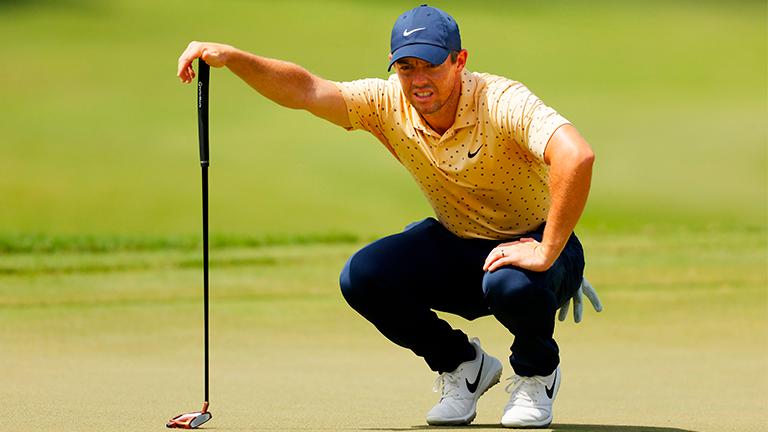 Speaking Wednesday ahead of the US Open at Torrey Pines, the golf star from Northern Ireland was asked about Golfweek's report that the PGA Tour Player Advisory Council voted to outlaw the books at a virtual meeting two weeks ago.

“Look, everything that’s talked about in those meetings is somewhat confidential,” said McIlroy, who chairs the council. “But what I can say, I think – I use a greens book, and I’d like to get rid of them.

“I think everyone is in the same boat, most guys on Tour are in the same boat, that if it’s going to be available to us and it helps us, people are going to use it, but I think for the greater good of the game, I’d like to see them be outlawed and for them not to be used anymore.”

Currently, the Masters is the only event during the season that prohibits the use of green books, which plot out illustrations of each green of a course to show slope and the directions of breaks.

McIlroy said having the books at their disposal makes Tour players “lazier.”

“It’s not that it’s an advantage really, it’s just taking away a skill that takes time and practice to be mastered,” McIlroy said. “I think reading greens is a real skill that some people are better at than others, and it just nullifies that. It nullifies that advantage that people have. Yeah, honestly, I think it’s made everyone lazier. People don’t put in the time to prepare the way they used to, and that’s why you see so many more players at Augusta, for example, take their time around the greens, hit so many more putts, it’s because they have to. It’s because there is no greens book at Augusta.”

Golfweek reported that the full board of the PGA Tour could vote as soon as next week to approve the rule change, which would then go into effect at the start of the 2021-22 season in the fall.

McIlroy, 32, was elected chairman of the council in February and often shares his candid thoughts on what is happening around golf. But he likely had more pressing things on his mind the day before the first round of the US Open, which he won in 2011.

McIlroy hasn’t been victorious at a major since 2014, and more recently he fought through an 18-month winless drought that he finally ended by winning the Wells Fargo Championship in early May. He’ll be looking for a better start at Torrey Pines than he’s had in recent majors; he tied for 49th at last month’s PGA Championship after a first-round 75 and missed the cut at the Masters with rounds of 76 and 74.

McIlroy said he was “probably just putting a little too much pressure on myself” in the first rounds of recent majors and offered an unconventional idea for how he’d approach changing that.

“I guess by being indifferent,” McIlroy said. “Not by not caring, but by not putting myself under pressure that I have to care, I guess is the right way to do it. If I went out and played this golf course any other week, you play free, and it’s just the same thing. As I said, you just have to be able to swing with that freedom, and that’s sort of what I’m trying to get back to.” – Field Level Media