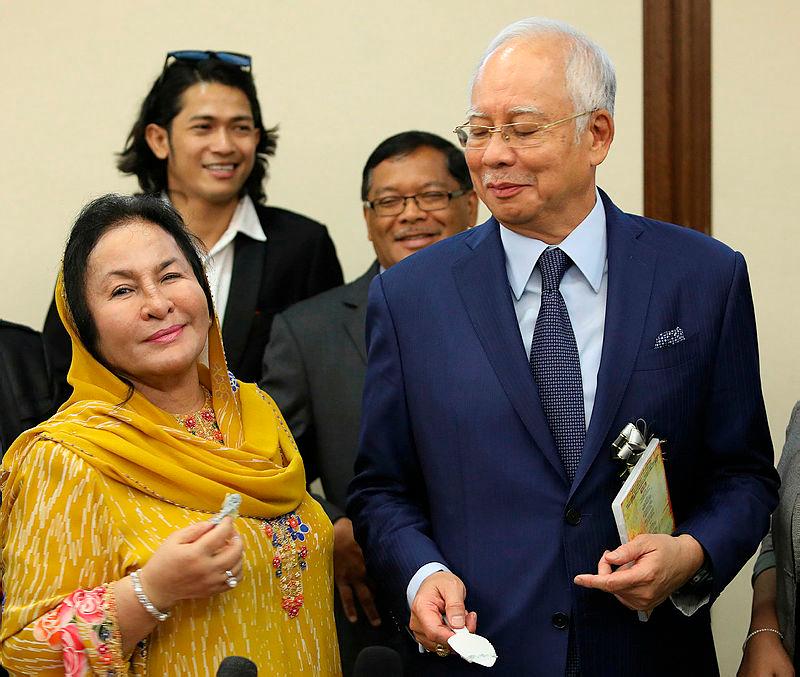 “The pictures of the jewellery would be received today. We need time to seek confirmatory instructions from Rosmah regarding the third party claim,” he said when the matter came up for case management.

Previously, Rosmah’s legal team had applied for pictures of the seized jewellery to facilitate her claim.

Meanwhile, Global Royalty’s lawyer Datuk David Gurupatham insisted that the bracelet belongs to the jewellery company as it was already verified by an expert from the company during a physical inspection done last year.

“My Lord, Rosmah did not turn up to BNM for the inspection, and she waived the right for the inspection of the jewellery. For the record, Superintendent Foo Wei Min, who was the officer in charge, has physically inspected every single piece of the jewels. An expert from Global Royalty also verified that it belonged to the company,” said the counsel.

The jewellery was among various items seized by the police from the premises belonging to Obyu Holdings Sdn Bhd at Pavilion Residences in May 2018, which were allegedly linked to the 1Malaysia Development Berhad (1MDB) financial scandal.

In 2019, the prosecution filed the forfeiture application to seize various items including 11,991 items of jewellery, 401 watch straps and 16 watch accessories, 234 pairs of spectacles, and 306 handbags as well as cash in various denominations amounting to RM114,164,393.44.

The lawyer had applied for the court to hold a separate hearing on Najib’s claim regarding the watches.

Muhammad Shafee asked for the prosecution to amend its notice of motion (regarding the forfeiture suit) to facilitate the separate hearing of the seven watches.

“In regard to Najib’s claim, it is over seven units of watches. The others are settled. For the prosecution to make an amendment, it is very simple via orally,” Muhammad Shafee said, adding that this would prevent a delay in hearing the rest of the forfeiture claim involving other items.

Meanwhile, deputy public prosecutor Faten Hadni Khairuddin, when responding to Muhammad Shafee’s bid for a separate hearing on the claim for the seven watches, told the court that they needed more time to file a proper application to amend the notice of motion.