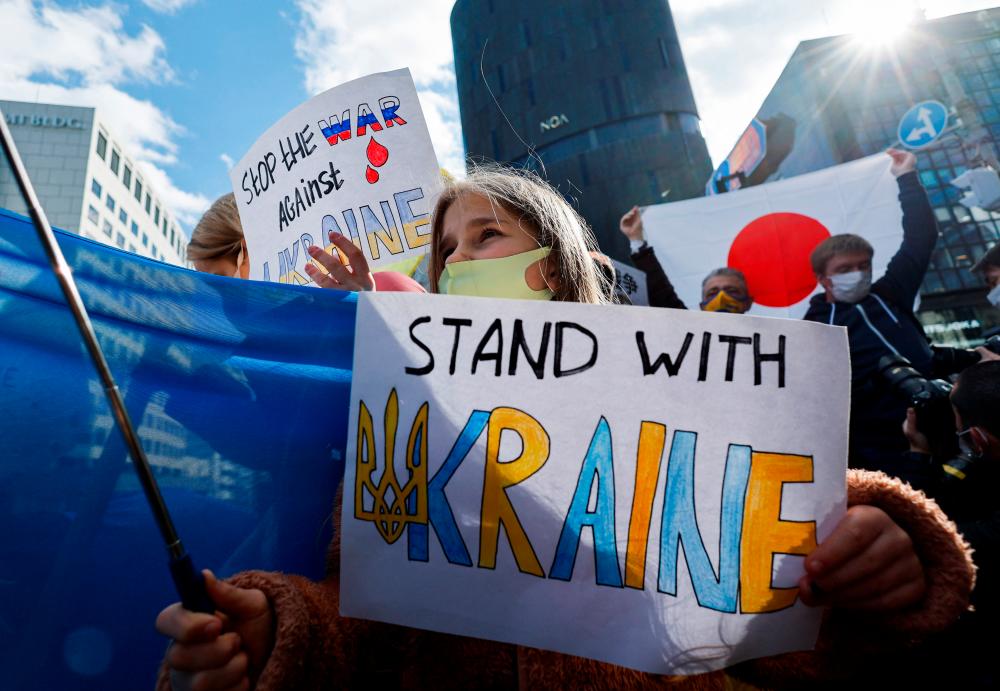 PARIS: Russia’s massing of troops along the border with Ukraine has put Washington and Moscow into an increasingly tense Cold War-style stand-off.

Here is a timeline of the situation.

On November 28, Ukraine says Russia is massing nearly 92,000 troops for an offensive at the end of January or early February.

Moscow denies this and three days later accuses Kyiv of a military build-up of its own, demanding “legal guarantees” that it will never join NATO.

On December 7, US President Joe Biden threatens Russian counterpart Vladimir Putin with “strong economic and other measures” if he invades Ukraine.

The next day Moscow begins military exercises involving some 6,000 troops and at least 60 fighter jets in southern Russia near Ukraine and in Moscow-annexed Crimea.

On January 26, Washington refuses to shut the NATO door on Ukraine and the alliance says many of Moscow’s security demands are “unrealistic”.

The US says it believes Putin “is going to use military force between now and the middle of February.”

The next day China warns that Russia’s security concerns should be “taken seriously”.

On January 31, Moscow accuses the US of whipping up “hysteria” after Washington says 30,000 Russian troops will be deployed in Belarus near the Ukrainian border by early February.

On February 2, the US sends 3,000 troops to fortify NATO forces in eastern Europe.

Five days later the US says Russia now has 110,000 troops on Ukraine’s border with another 40,000 to arrive within a week.

Russia and Belarus begin 10 days of military manoeuvres on February 10.

But on the 15 Moscow says some of its forces are returning to their bases. But NATO sees no sign of a withdrawal and Washington claims Russia is in fact sending reinforcements.

On the 17 shellfire intensifies all along the frontline of the two Russian-backed enclaves in eastern Ukraine.

On Friday the leaders of the Donetsk and Lugansk separatist regions say they are evacuating residents to Russia.

On February 19, Ukraine says that two of its soldiers died in attacks on the frontline with Russian-backed separatists.

Russia is ‘on the brink’ of invading Ukraine: Washington says.

France and Germany call on their nationals to leave Ukraine.

On the 20, Belarus says that joint exercises involving Russia and Belarus forces are being extended.

On Monday France says that Putin and Biden have agreed to a summit.

But the Kremlin says it is too early to discuss organising a summit.-AFP