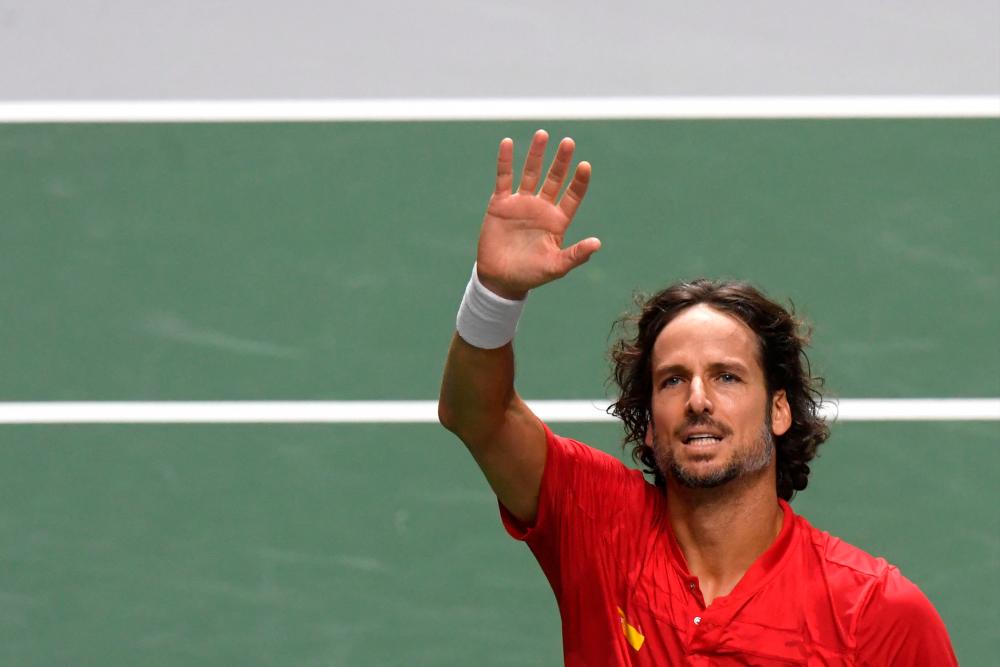 PARIS: Russia knocked reigning champion Spain out of the Davis Cup on Sunday to set up a quarter-final against Sweden.

The Russians’ tie against the depleted Spanish team came down to a late-night doubles encounter in Madrid.

Aslan Karatsev and world number five Andrey Rublev(pix) won 4-6, 6-2, 6-4 against Marcel Granollers and Feliciano Lopez to win Group A and deprive the Spanish team of the chance to play in front of a home crowd in Madrid on Thursday.

The Russians, playing under the name of the Russian Tennis Federation because of sanctions against Russian sport for doping, made a bad start to the tie when Lopez beat Rublev 2-6, 6-3, 6-4 in the opening singles rubber.

US Open champion Daniil Medvedev stepped up to bring the tie level with a 6-2, 7-6 (7/3) win over Pablo Carreno Busta, before the doubles decided the match.

Britain booked their place in the last eight with a come-from-behind victory over the Czech Republic on Sunday and will play Germany in Innsbruck on Tuesday.

But Cameron Norrie overcame a second-set blip to see off Jiri Lehecka 6-1, 2-6, 6-1, before Joe Salisbury and Neal Skupski teamed up to beat Machac and Jiri Vesely 6-4, 6-2 in Innsbruck.

The ties in Austria are being played behind closed doors due to new coronavirus restrictions in the country.

France, after winning against the Czechs and losing to Britain, are out of the tournament.

Germany backed up their shock victory over Novak Djokovic’s Serbia by fighting back to edge out hosts Austria and go through as Group F winners.

Serbia had to settle for second place but progressed to a quarter-final against Kazakhstan in Madrid on Wednesday as one of the best runners-up.

Dominik Koepfer lost 6-1, 7-5 to Jurij Rodionov to put the Germans in trouble, but Jan-Lennard Struff levelled the tie by cruising past Dennis Novak 7-5, 6-4.

Kevin Krawietz and Tim Puetz completed the job in the doubles, as they did against Djokovic and Serbia on Saturday, winning 6-3, 6-4 against Oliver Marach and Philipp Oswald.-AFP Launch of cross-border QR payment linkage between Malaysia and Indonesia Launch of cross-border QR payment linkage between Malaysia and Indonesia

1.Launch of cross-border QR payment linkage between Malaysia and Indonesia