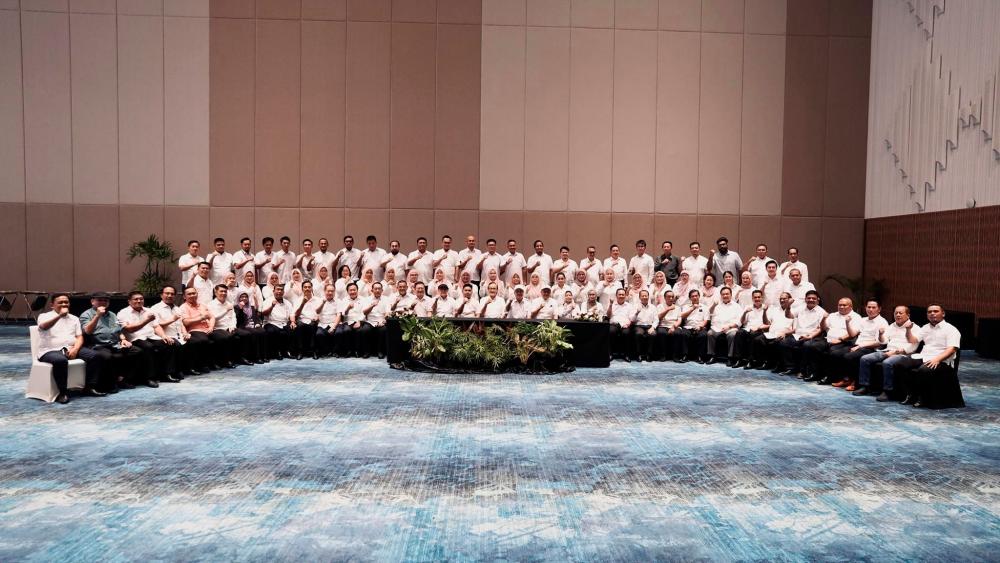 Hajiji, who is GRS chairman, said the decision was taken after having considered Malaysia’s current political landscape, particularly that of Sabah’s.

“This unanimous decision is in the interest of Sabah, for the sake of unity and to fulfil the rakyat’s wish and aspiration for us to fight and struggle under the auspices of a local party,” he said in a statement today.

The Sabah Chief Minister said with this decision, they would now use GRS to voice out Sabah’s interests and that of the Borneon states in Malaysia.

“Moving forward, we will form a new local party but in the meantime we will collectively be members of GRS.

“We pledge our full support to the Unity Government and we are confident of Datuk Seri Anwar Ibrahim’s leadership and wisdom to lead the country,” he added.

Hajiji said the Bersatu Sabah’s leadership decision to leave Bersatu was based on the premise that the situation was no longer tenable to remain in the status quo.

“This is because at the federal level Bersatu is in the opposition while GRS has pledged support to the Unity Government led by Anwar,” he said.

“Sabah wants political stability and unity. We want to ensure momentum in Sabah’s growth and development and to see that Sabah prospers in accordance with the mandate given to us in the last elections (Sabah state polls).

“We are confident that this decision will be good for political unity and stability in Sabah,” he said.

He pointed out that the Sabah Maju Jaya vision is to ensure Sabah’s economic recovery and that unity among the people prevails.

It was our commitment together with Sarawak as the Borneo Bloc to voice out the people’s aspiration and to see that the Malaysia Agreement 1963 (MA63) would be fully implemented, he said.

“We thank the president of Bersatu and chairman of Perikatan Nasional, Tan Sri Muhyiddin Yassin, for his leadership during our tenure as Bersatu members,” he added.

GRS won six parliamentary seats in the recent general election and has 30 state assemblymen in Sabah, including three appointed members.-Bernama