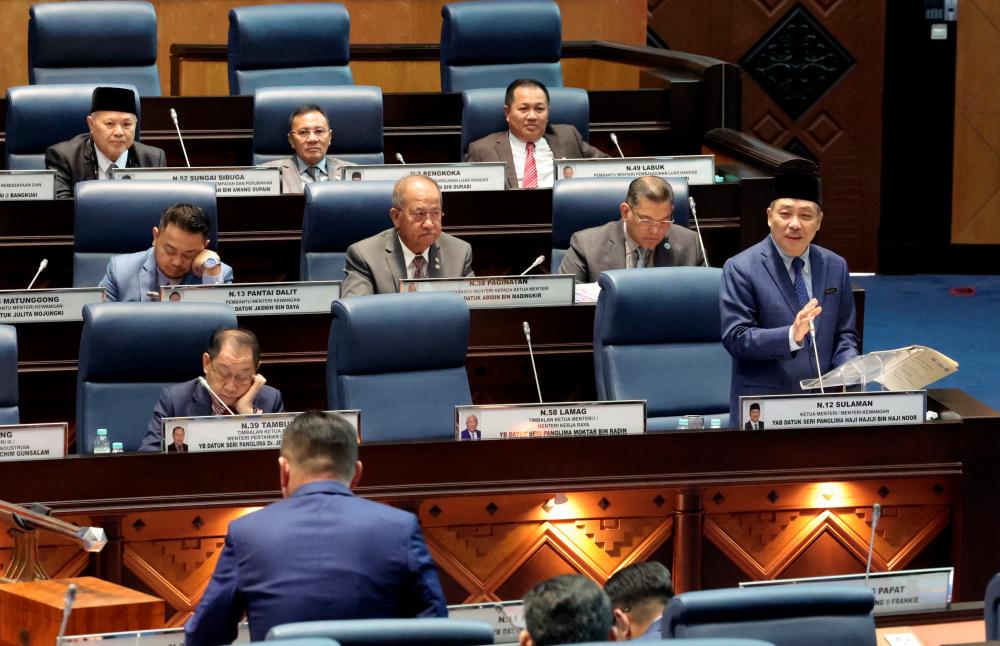 On Nov 25, Sabah Chief Minister Datuk Seri Hajiji Noor, who is also the Finance Minister, tabled the state 2023 Budget with an estimated revenue collection of RM5.268 billion, making it a surplus budget of RM130.47 million.

Meanwhile, Hajiji when winding-up the budget debate today, said the Sabah government would continue to insist on the 40 per cent net revenue owed by the federal government to the state as stipulated under the Malaysia Agreement 1963.

“I have voiced and affirmed the state government’s stance in the 1963 Malaysia Agreement Special Council Meeting... I hope this matter will not be misrepresented because it can cause public confusion,“ he said.

Hajiji said that since 1969, the state government has been receiving a static special grant amount without any increase of RM26.7 million per year, and following several discussions with the federal government, the amount was increased last April.

“I am very aware and know that the increase to RM125.6 million that was received this year is much lower than what the state government should be receiving based on the provisions in the Federal Constitution and the 1963 Malaysia Agreement.

“I had stressed that the increase in payment is accepted without prejudice on the basis that it is an interim arrangement,“ he said.

He also asserted that it is the state government’s right to rely on the original formula for the grant as stated in the Federal Constitution, as well as obtain any arrears due as there was no review of the special grant since 1973.

Meanwhile, he said RM4.2 billion has been allocated for development in Sabah through the 12th Malaysia Plan for the five-year period between 2021 to 2025.

Hajiji said for the purpose of development next year, RM788.94 million has been allocated from the Sabah State Fund, and the state government has estimated a RM607.67 million allocation in the form of loan financing and reimbursement from the federal government.

“However, the actual distribution of federal (development) allocations will only be known after the presentation of the 2023 National Budget by the new federal government,“ he said.-Bernama