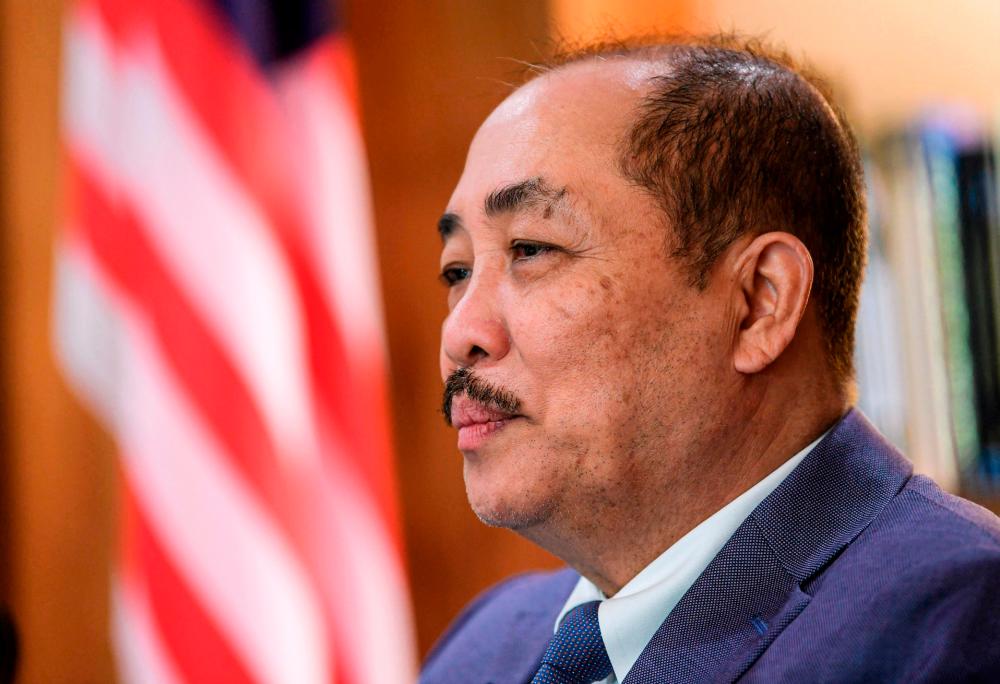 He said Sabah's tourism sector was heavily dependent on foreign tourists, especially from China, and the presence of tourists was crucial to revive its economy that was severely affected by the Covid-19 pandemic.

“With the reopening of the country’s borders to international visitors in the near future, we hope many tourists from China will visit Sabah. This will help revive the local tourism sector and boost the state’s economy,“ he said here today.

Hajiji said this in a statement in conjunction with a courtesy call from the Consul-General of China in Kota Kinabalu, Liang Caide, at the chief minister's official residence in Sri Gaya near here yesterday.

At the meeting, Liang had briefed Hajiji on the latest developments in China and efforts made by his office to promote Sabah as a tourism, investment and trade destination.

Meanwhile, Hajiji also hoped that Liang and the Chinese Embassy would help promote Sabah as one of Malaysia's major tourist destinations in China.

“The Gabungan Rakyat Sabah state government will continue to work closely with the Consul-General of the People's Republic of China in Kota Kinabalu and the Chinese Embassy to attract more Chinese investors to Sabah, which will help boost the growth of the state's economic sector.

“The good relations and cooperation already established between Sabah and China will be further strengthened because it provides many benefits to both parties”, he said.-Bernama Injury woes plague TFC ahead of clash with JDT Injury woes plague TFC ahead of clash with JDT

Ronald: MAHA 2022 records over RM10 million in sales value as of Aug 8

2.Injury woes plague TFC ahead of clash with JDT