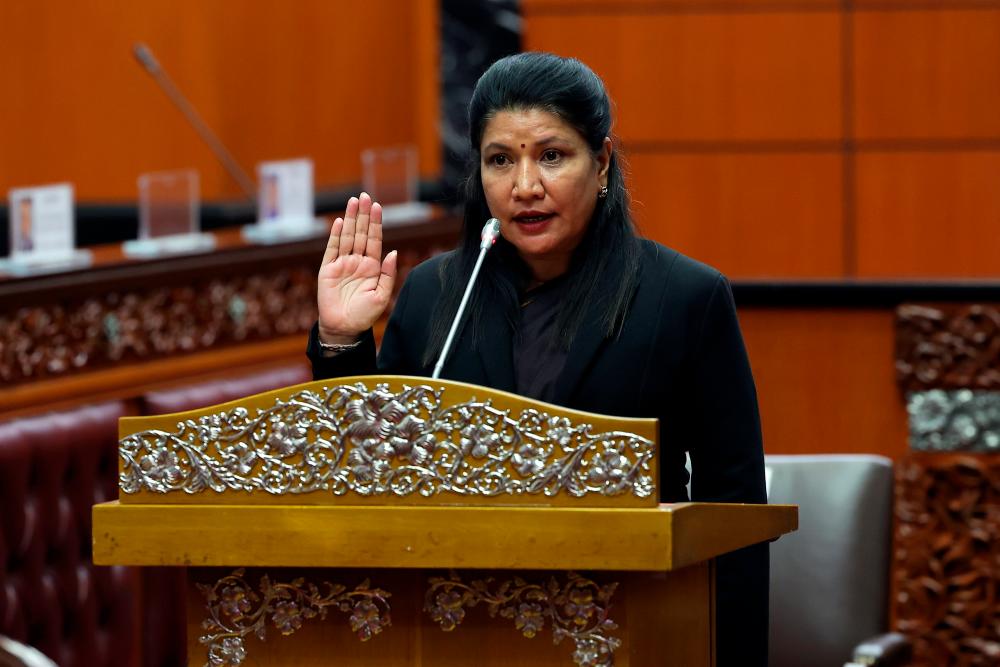 The swearing-in ceremony was held before Dewan Negara President Tan Sri Dr Rais Yatim at Parliament building here at 9.04 am.

Saraswathy and Fuziah were among 27 deputy ministers appointed as announced by Prime Minister Datuk Seri Anwar Ibrahim yesterday, and they are taking the posts of Entrepreneurship and Cooperative Development Deputy Minister and Domestic Trade and Cost of Living Deputy Minister respectively.

Fuziah had earlier held the post of Deputy Minister in the Prime Minister’s Department (Religious Affairs) during the administration of Pakatan Harapan (PH) government in 2018.

In the 15th general election, Saraswathy lost in Tapah, while Fuziah was defeated in Kuantan .

Yesterday, Anwar announced the appointment of 27 deputy ministers who have received the consent of the Yang di-Pertuan Agong Al-Sultan Abdullah Ri’ayatuddin Al-Mustafa Billah Shah and they are scheduled to be sworn in at Istana Negara at 3 pm today.

Meanwhile, Rais in his welcoming speech at the appointment of the two Senators, advised them to

heed the oath of allegiance in their duties.

Besides, he said, Senators also swore to be loyal to the country and preserve, protect and defend the Constitution.

“After the ceremony, we must continue to uphold the oath as pledged. This morning, my thoughts still lingers about carrying out my duties as a Senator apart from my official duties in the government.

“So do not forget this House, especially in fulfilling the responsibility of being present to answer questions and when required by this noble House,“ he said.-Bernama