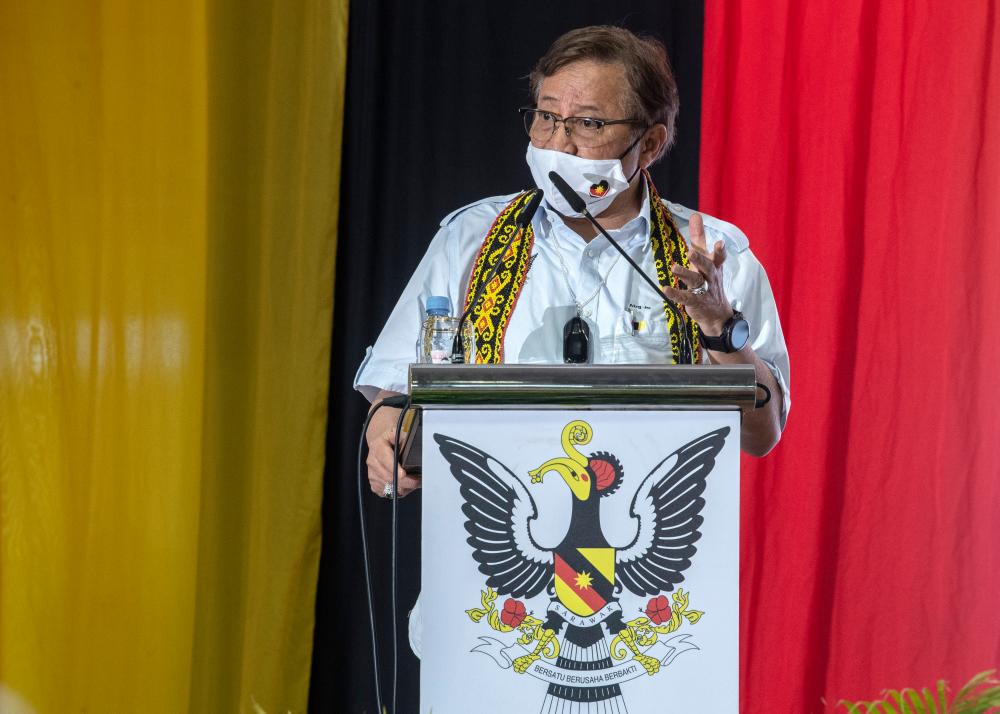 BETONG: Sarawak plans to set up a boutique airline to be operated by Hornbill Skyways, a state-owned airline company.

Sarawak Chief Minister Datuk Patinggi Abang Johari Tun Openg(pix) said the move would help to generate income for the state through the export of agricultural products as well as meet the demand for individual travel and tourism.

“We need our small airline, to accommodate up to 200 passengers, so we can bring in tourists, and not be dependent on other commercial airlines,” he told reporters after officiating the groundbreaking ceremony of the Bebuling Short Take-off and Landing airport (STOLport) in Spaoh, here, today.

He added the airline's operations would also focus on a strategic hub and that the initial plan was to provide direct flights from Sarawak to Kuala Lumpur, Singapore, Thailand, Indonesia and Hong Kong.

Abang Johari said the airline also had the potential to contribute to the development of the agriculture and tourism sector in rural areas through the Bebuling STOLport Airport, which is estimated to cost RM108.1 million.

The airport is expected to be completed in September 2023.

“The airport is important as a transport hub to deliver food products from Betong, Spaoh and nearby areas, besides being located near the tourist attraction area of Batang Ai,” he added.-Bernama