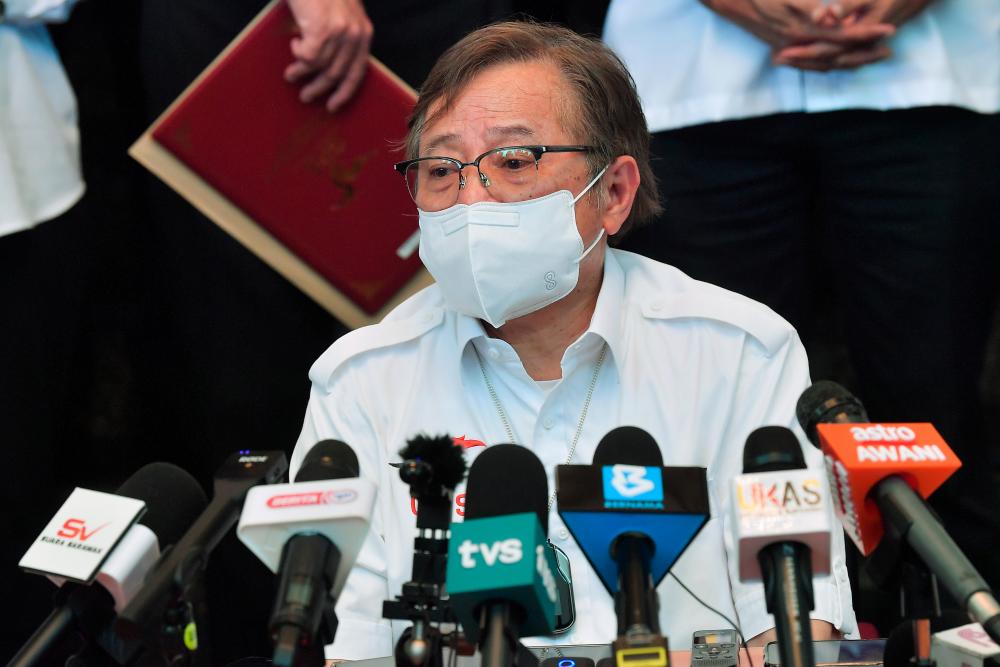 KUCHING: Leading party figures vying in the 12th Sarawak State Election have submitted their nomination papers after the period for submission of the documents drew to a close at 10 am today.

Parti Pesaka Bumiputera Bersatu (PBB) president and Gabungan Parti Sarawak (GPS) chairman Tan Sri Abang Johari Tun Openg(pix), who had been holding the Satok seat since 1981 before deciding to switch to Gedong in this election, submitted his nomination papers at the Gedong Community Hall.

Both SUPP and PDP are GPS component parties.