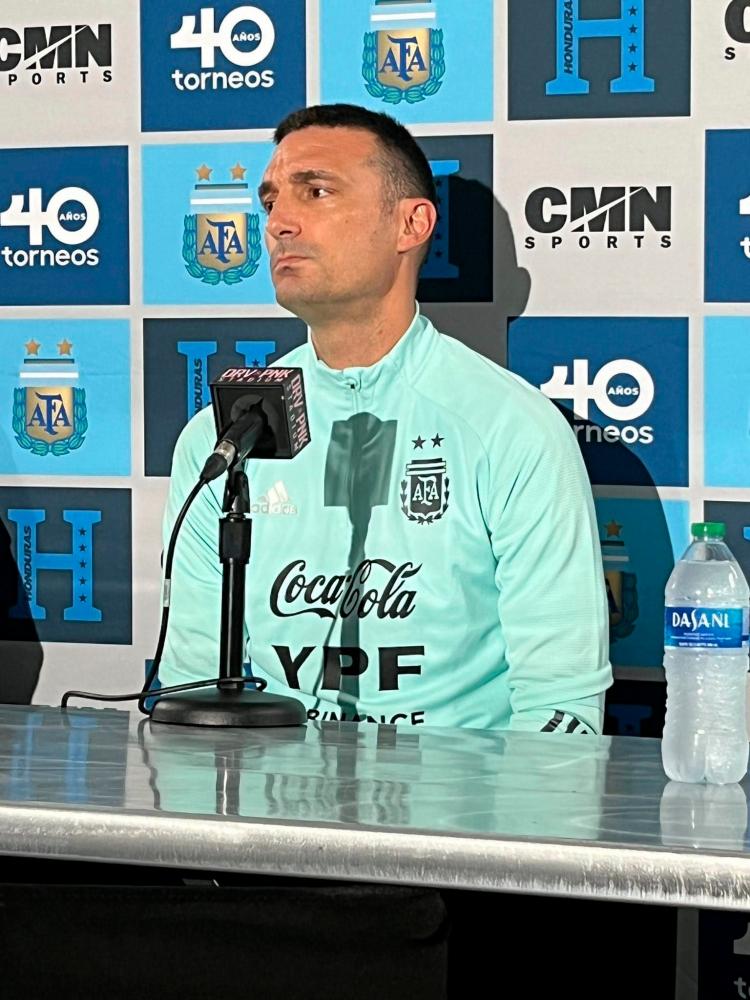 MIAMI: Argentina coach Lionel Scaloni (pix) has voiced his displeasure at the late arrival of two key defenders for World Cup tune-ups in the United States after visa trouble linked to the death of Queen Elizabeth II.

Manchester United's Lisandro Martinez and Cristian Romero of Tottenham Hotspur were due to join up with Scaloni's squad ahead of the two games over the next week, against Honduras at Inter Miami's DRV PNK Stadium on Friday and against Jamaica in New York on Tuesday.

But following the death of the queen, the US Embassy in London was closed, forcing both players to initially fly back to Argentina to secure a visa to come to the United States.

While Martinez has made it to Miami just in time to play against Honduras, Romero has yet to arrive with Scaloni unsure on Thursday evening if he will be available for the second match at Red Bull Arena, home of Major League Soccer's New York Red Bulls.

It's a regrettable situation for the Argentina coach, who only has these two games before naming his squad for the Qatar World Cup which starts in November.

“This bothers me,“ Scaloni told reporters. “This is an important week of training for us ahead of the World Cup and Cristian has been missing. His application has been delayed.”

Scaloni has another defensive headache with Juan Foyth injured, and time is running out for Lionel Messi and his international team-mates to fine tune their preparations for Qatar where they will face Saudi Arabia, Mexico and Poland in Group C.

He knows a combative Honduras team will pose plenty of questions in South Florida and added: “We have maximum respect for Honduras. Even though they will not be at the World Cup, they have a strong tradition and good players.

“We will not underestimate anyone,“ said Scaloni, who added that the Inter Miami facilities have been “first class.

“There are a lot of Argentinians here who have given us a warm welcome and made us feel at home.”

Honduran defender Denil Maldonado said his side will not hold back against Messi and Co., promising to give Scaloni's team a testing evening.

He said: “You never have bad intentions entering a match like this, but we plan to come out strong and play hard.

“For Argentina it may be a friendly , but for us we plan to leave our soul on the field and to show that Honduras is a team that has the qualities and desire to compete.”-AFP