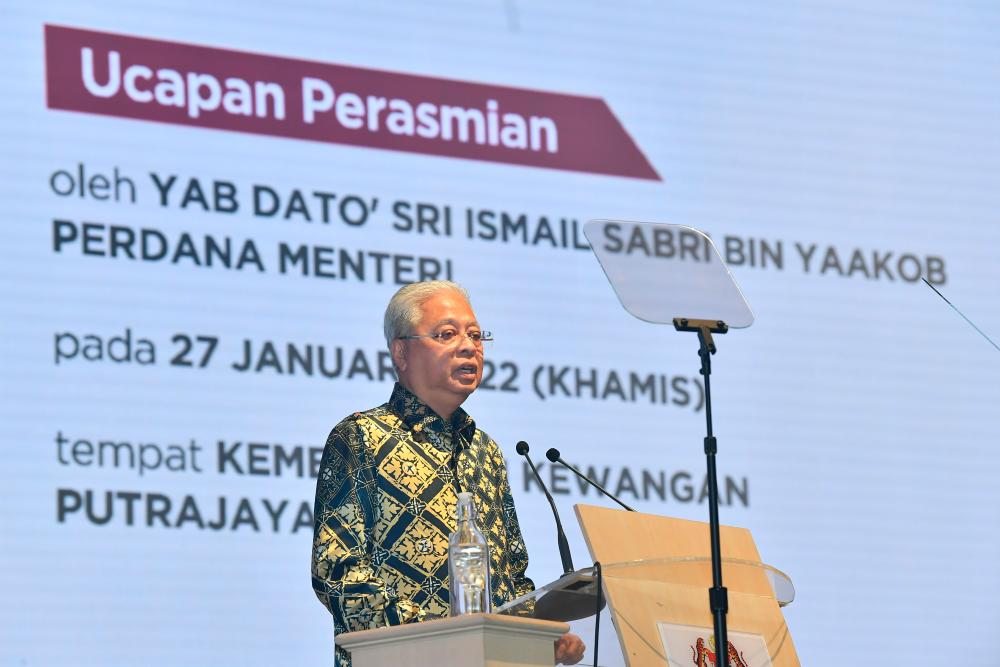 PUTRAJAYA: The Sustainable Development Goals (SDGs) are the nexus of all policies and plans to address unsustainable development issues that could affect the environment, Prime Minister Datuk Seri Ismail Sabri Yaakob(pix) said.

In his speech at the launch of the Malaysia SDG (MySDG) Foundation here today, Ismail Sabri said this was also to prevent any future recurrence of natural disasters, such as massive floods that hit the country recently.

He said the floods should be a lesson for all parties to balance between the development and the need to protect and conserve the environment.

“Should we neglect this balance, the impact would be very significant - as we have gone through recently - or could be even worse.

“This supersedes any measurable financial value,” he said.

Through the SDGs, Ismail Sabri said national development will improve and Malaysia will become a nation that is stronger, resilient, peaceful and prosperous.

“The SDGs will be fully integrated into the national mechanism, policy planning and development.

“In fact, the SDGs and the national performance indicators are fully mapped onto the country’s five-year development plan, beginning with the 11th Malaysia Plan (11MP),” he said.

The prime minister said the SDGs was not new to the nation as it had been adopted in 2015 and would continuously be aligned and integrated into various policies and processes that had been implemented over the past few decades,

At the same time, he said the government will continue to emphasise the inclusive growth policy which is the main thrust for development, unity and wellbeing goals within the concept of Keluarga Malaysia.

As one of the 193 countries that had signed up to the 2030 Agenda since 2015, Malaysia had submitted two Voluntary National Review reports to the United Nations (UN).

In fact, Ismail Sabri said the latest report on Malaysia’s SDGs achievement was tabled in August 2021.

“Based on the report, Malaysia has achieved significant progress in SDGs development, covering various aspects, but there are still rooms for improvements that need to be done, especially for SDGs related to environmental sustainability and the welfare of the vulnerable and hardcore poor groups,” he said.

For that, the prime minister called on all quarters, including the business sector, financial institutions and the people, to contribute collectively and participate in complementing the government efforts to attain the SDGs by 2030.

The MySDG Foundation, which will administer the MySDG Trust Fund, is a collaboration between the government and the UN in Malaysia.

The MySDG Trust Fund will provide a platform that incorporates donations received to support the 2030 Sustainable Development Agenda (2030 Agenda), which aimed at eradicating poverty of all categories, combatting inequalities, creating peace, addressing environmental issues and ensuring that no one is left behind from the development in the spirit of Keluarga Malaysia.

In conjunction with the launch, Ismail Sabri also announced a full tax exemption of up to 10 per cent of the total annual income of the donors, whether from the private sector, non-governmental organisations, civil society organisations or individuals - both within and outside Malaysia - to contribute to the MySDG Trust Fund.

“I hope this will encourage more donors to participate in this historic initiative,” he added.-Bernama