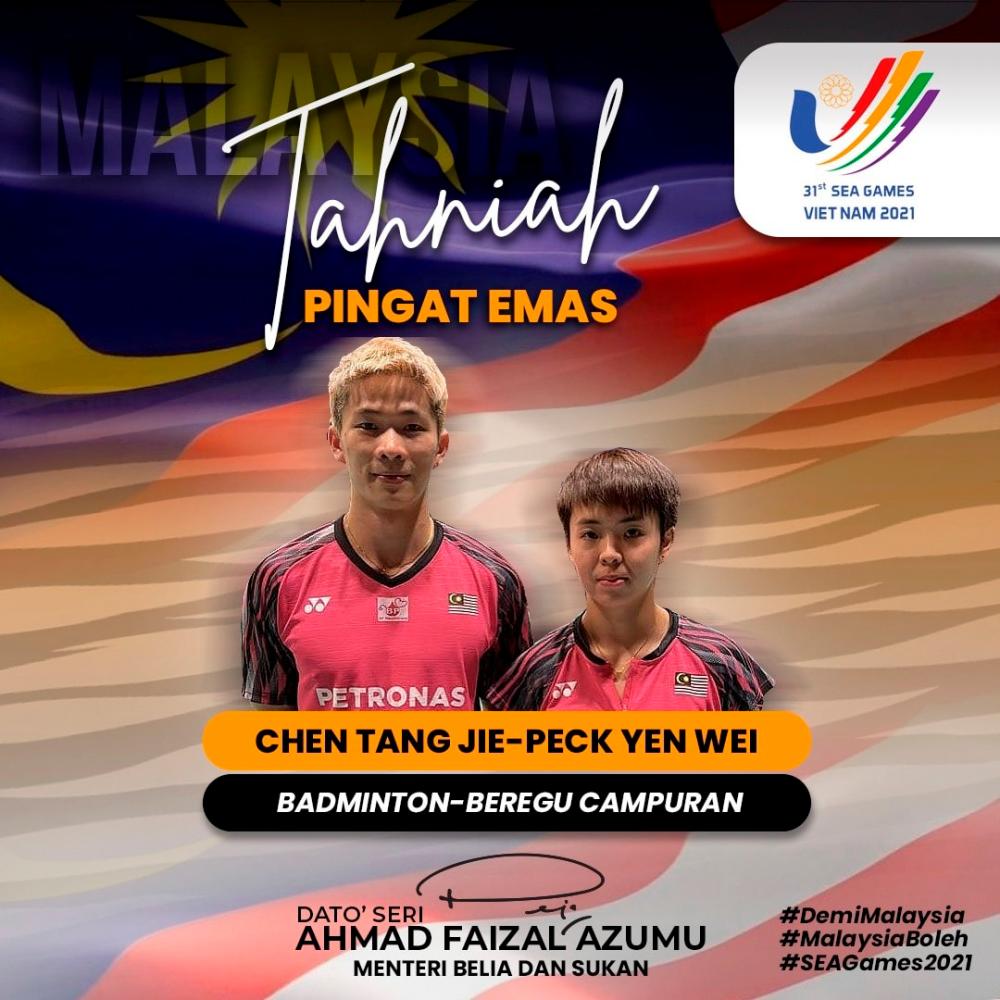 The duo, ranked 29 in the world, bagged the title after bouncing back from a set down to upset compatriots Hoo Pang Ron-Cheah Yee See 15-21, 19-21, 21-13 in a highly entertaining and energetic final at the Bac Giang Gymnasium here.

Second seeds Pang Ron-Yee See, had started the match in an aggressive form to lead 11-5 in the first set, before going on to win it in 21-15 in 15 minutes.

After a close fight in the second set, Tang Jie-Yen Wei, aged 24 and 26 respectively, levelled the score with a narrow victory of 19-21 against the world number 23.

With the winners to be decided in the rubber set, Tang Jie-Yen Wei rose to the occasion, winning in 21-13 to the cheers of the 2,000-odd spectators at the indoor arena.

The losing semi-finalists take the bronze.

The last time Malaysia clinched the mixed doubles gold in the SEA Games was in the 1999 edition in Brunei via Chew Choon Eng-Chor Hooi Yee.

Meanwhile, in the women’s doubles, Yee See’s partnership with Cheng Su Hui had to be satisfied with the bronze after losing to Thailand’s Benyapa Aimsaard-Nuntakarn Aimsaard, 16-21, 6-21 in the semi-finals yesterday, while the men’s team bagged silver on Wednesday.

With today’s win, Malaysia ended their 31st SEA Games badminton campaign here with a gold, two silver and a bronze.

The 3-2-5 haul in 2019 was the country’s best achievement in decades, which also ensured Malaysia emerged as the best nation in the SEA Games badminton competition for first time since the 1975 Bangkok edition. -Bernama