Shafee gets passport back for Italy trip (Updated) 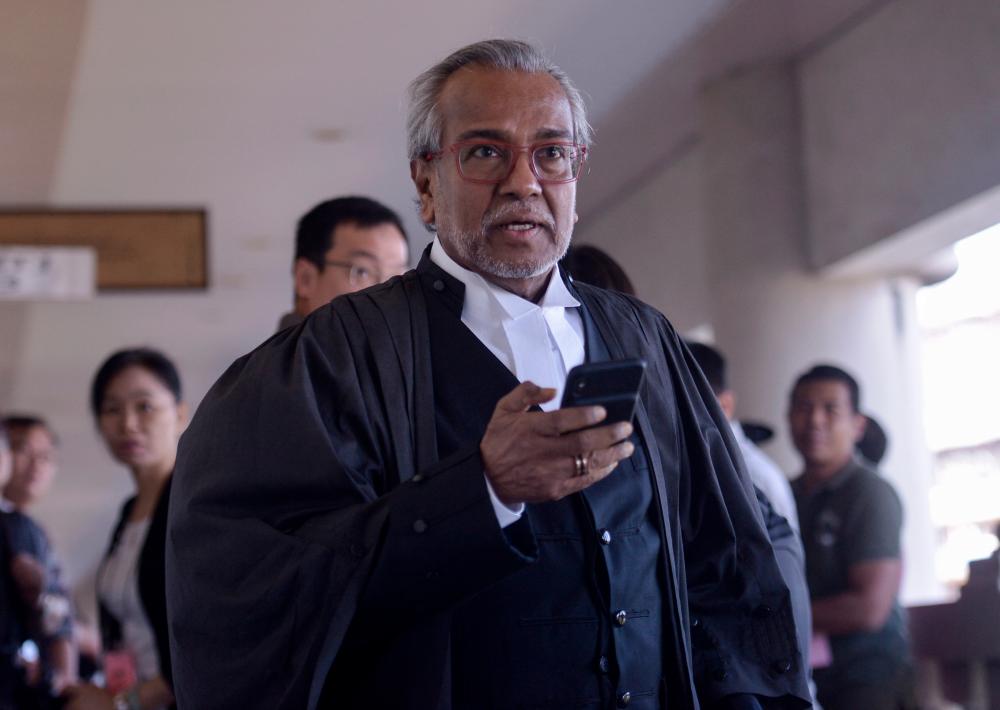 Judge Datuk Muhammad Jamil Hussin allowed the application for the passport to be released temporarily from July 8 to August 11 after deputy public prosecutor Afzainizam Abdul Aziz did not object to it.

“He will also be meeting his eldest daughter who is studying at John Cabot University in Rome, Italy,“ he said.

According to the notice of motion filed on June 24, Muhammad Shafee requested that his international passport be handed over to him temporarily latest by July 1 so that he could make preparations to leave for Italy from Kuala Lumpur International Airport (KLIA) on July 8.

Muhammad Shafee, 70, who is former Prime Minister Datuk Seri Najib Tun Razak’s lead counsel in cases related to SRC International Sdn Bhd and 1Malaysia Development Berhad (1MDB), had been granted permission to travel abroad on several occasions after he himself was charged in court.

The senior lawyer had surrendered his passport to the court in September 2018 after he was charged with two counts of receiving money which were derived from illegal activities amounting RM9.5 million through two checks issued by Najib which were allegedly deposited into his CIMB Bank Berhad account.

He is also facing two charges of engaging in transactions resulting from illegal activities, namely submitting incorrect tax returns and in violation of Paragraph 113(1)(a) of the Income Tax Act 1967 for the financial years ended Dec 31, 2013 and 2014.

On May 12, the prosecution closed the case after calling eight witnesses during the trial which began on May 21, 2021 and oral submissions were set for Sept 15 before Judge Muhammad Jamil.-Bernama