Shafee: Najib applies for escorted visit to Pekan to fulfil duties as MP 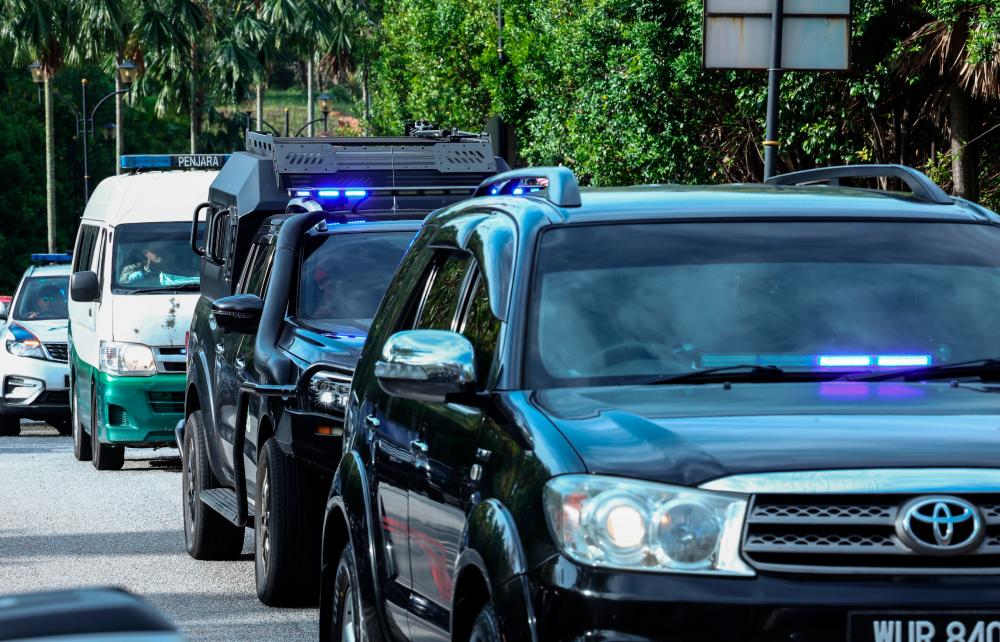 PETALING JAYA: Datuk Seri Najib Abdul Razak, has reportedly requested the Prisons Department that he be allowed out “once in a while” to visit his parliamentary constituency of Pekan in Pahang, his lawyer said yesterday.

According to a Malay Mail report, Najib’s lead defence lawyer Tan Sri Muhammad Shafee Abdullah said his client had written to the department’s director-general on September 19, but insisted that his client was not seeking to be accorded the same privileges as MPs who are not prisoners.

In the same letter, Najib had asked, in his capacity as Pekan MP, to be allowed to attend Dewan Rakyat session, as well as meet his constituency aide a few times a week.

“We have told the prison, at least two to three times a week, his political aide from the constituency should be able to visit him to take instructions, what to do in his constituency, so that the people in his constituency can be serviced, because otherwise the people do not have an MP that can function for their benefit. So we wrote also for that.

And thirdly also, this may be a little bit more difficult to manage, but it is not impossible, once in a while, he should be able — as long as he is an MP — he should be able to be escorted to his constituency in order to hear the grouses of his people. And then to delegate the work to his aides whether there is any solution to their problem and to render assistance,” Shafee reportedly told reporters during a press conference at the court complex here.