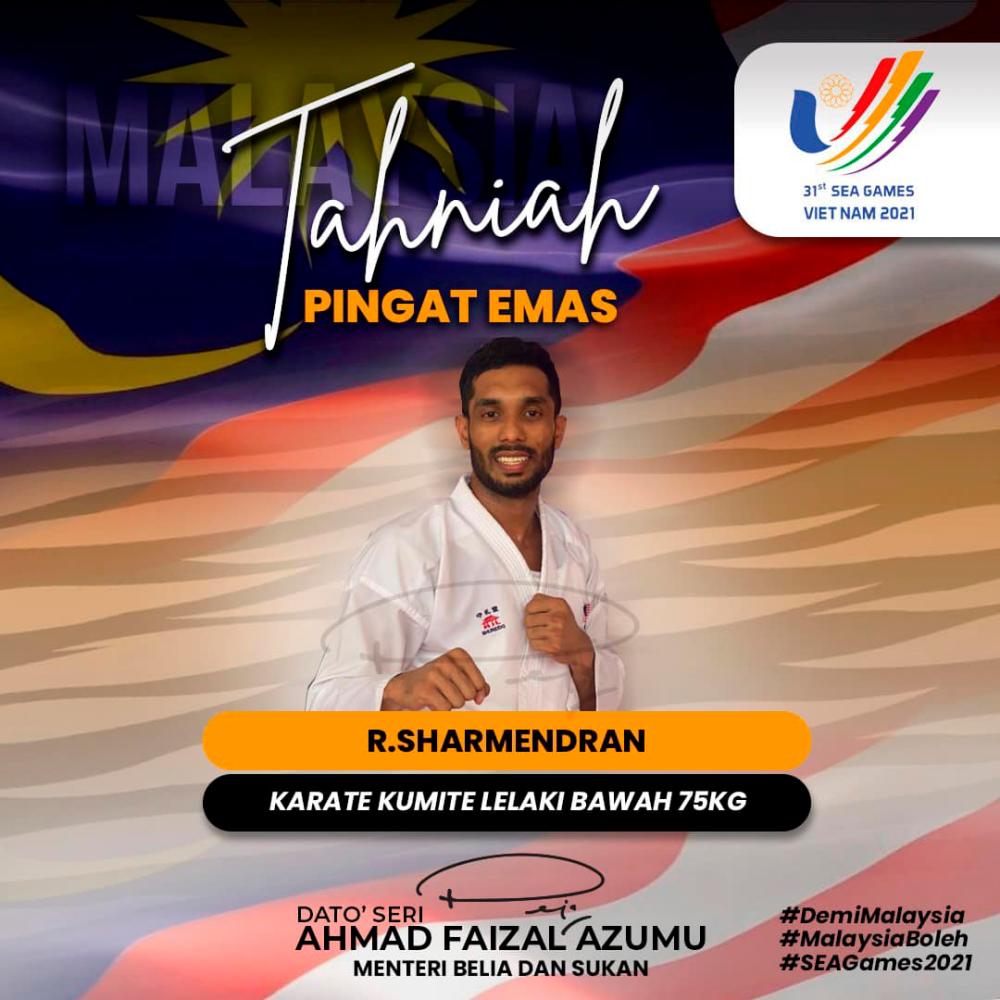 HANOI: The sacrifices made by national karate champion R. Sharmendran finally bore fruit as he managed to secure the gold medal in the men’s under 75-kilogramme (kg) kumite event at the 31st South East Asian (SEA) Games today.

While many athletes would have retired following serious injury, the resilience shown by the 30-year-old exponent to continued to compete should be praises, as he delivered the third gold medal for the national karate squad today.

His experience clearly helped him defeat his Indonesian rival, Ignatius Joshua Kandou 3-1 in the final match at Ninh Binh Province Sports Gymnasium around 100 kilometres from here.

Vietnamese Duc Thinh Chu had to make do with a bronze after beating Prince Izmen Louis Alejo Escover of the Philippines 9-1.

Sharmendran had beat Vietnamese Chu Duc Thinh 3-1 and Alejo Prince Izmen Louis Escover of the Philippines 10-3 on his way to the finals.

Sharmendran’s win ensured that the Malaysian karate team achieved its target at Hanoi with three gold, with one day of competition left.

Sharmendran said this SEA Games edition was the first competition for him after undergoing an operation for his right knee, which forced him to rest for around eight months.

“I only had six weeks to prepare to face the SEA Games and defend my gold medal.

“My confidence in winning the gold received a boost after I beat the Vietnamese competitor in the opening bout,” he said. 5.Indonesia seeks explanation on treatment of its citizens at Malaysian detention centre