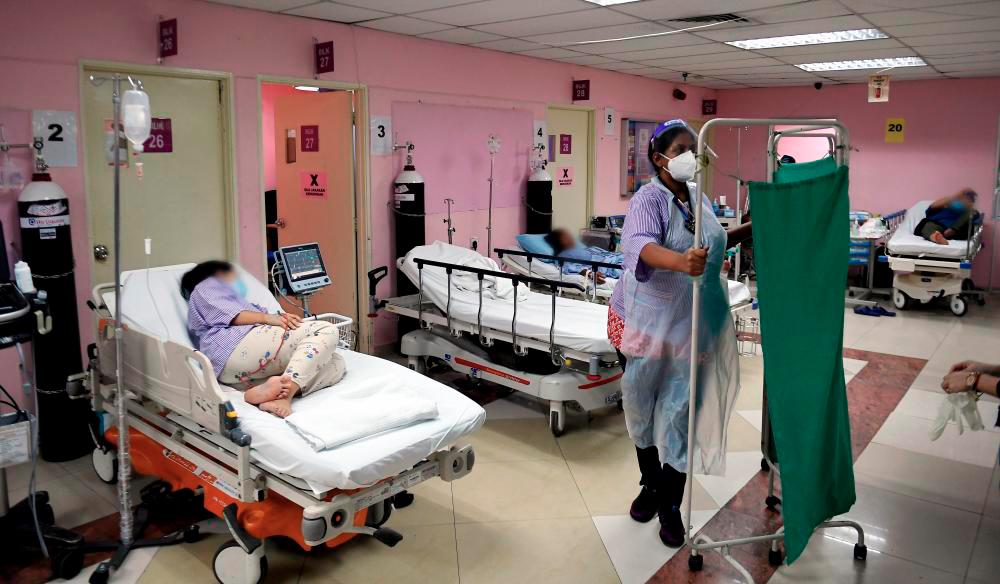 PETALING JAYA: The large number of people afflicted with dementia, an incurable illness that manifests in loss of the ability to think, remember and reason, may be cause for concern.

ADFM also noted the overall costs of medication and caring for individuals with dementia was US$705 (about RM3,150) per person per month.

Is Malaysia ready to address those living with dementia, which is estimated to nearly triple by 2050?

Dementia advocate Dr Cecilia Chan Woen Min said: “The cost of care for a person living with dementia is just the tip of the iceberg. There are a host of interrelated issues that are currently not being addressed.”

Chan, a gerontologist and founder of a support group called Beyond Dementia, said women comprise the majority of caregivers for family members afflicted with the illness.

She said the traditional setting in Malaysia of women being caregivers affects them to the point that some even give up their careers.

Chan added that most nursing homes are ill-equipped to handle residents with dementia, who are often subjected to emotional or physical abuse.

“In cases where they are sent to nursing homes, caregivers lack the skill or knowledge in managing them. There are hardly any resources or programmes to support (caring for) a person with dementia.

“Additionally, they are often put together with others afflicted with different illnesses. This creates undue stress for everyone,” she said.

It was reported in 2019 that the government drafted a 2020-2030 National Dementia Action Plan, but its implementation was put on hold due to the Covid-19 pandemic.

Like many who have been diagnosed with dementia, Irene John@Kanga Thavi initially went into denial.

Speaking to theSun, she said she was diagnosed after undergoing an annual medical examination in Ipoh, where she lives with her Swiss-born husband, Peter J. Bucher.

On the advice of a specialist, she joined a centre that specialised in managing the physical mobility of those suffering from dementia.

However, she found the exercises to be too strenuous, resulting in pain in her knees.

She turned to painting to relax and the couple also took an eight-week online course offered by the University of Tasmania to understand the illness better.

Bucher said he has prepared himself for the challenges that lay ahead, adding that he aims to run a bimonthly “memory cafe” in Ipoh.

A “memory cafe” is a safe and comfortable space where people with dementia and their caregivers and loved ones can socialise, listen to music, play games and enjoy appropriate activities.

Irene said she has also proposed to the Social Welfare Department to run artistic activities at centres for senior citizens in all states.