Silver it is for national women lawn bowlers in triples event 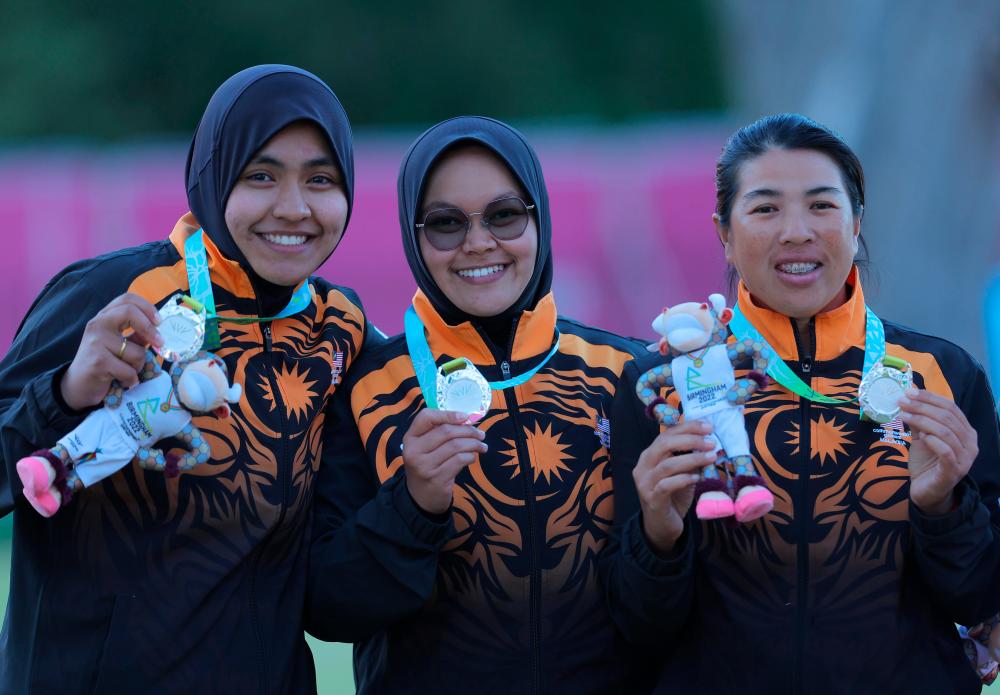 BIRMINGHAM: The national women lawn bowlers had to be satisfied with just the silver medal after going down 9-17 to England in the triples final of the Birmingham 2022 Commonwealth Games at Victoria Park, Leamington Spa here today.

The Malaysian trio of Nur Ain Nabilah Tarmizi, Syafiqa Haidar Afif Abdul Rahman and Azlina Arshad put up stiff resistance in the early part of the final before succumbing to England’s Jamie Lea Winch, Natalie Chestney and Sian Honnor in a game that went up to 17 ends.

The national lawn bowls team have now won one silver and one bronze.

When met by reporters, Syafiqa said they were disappointed at not being able to deliver the gold medal despite being in a good position throughout the game.

“We did the best we could... but we still have to be satisfied with the silver. It is disappointing because we are the first Malaysian (lawn bowls) team to qualify for the final... if we had won gold it would have lifted the spirits of our teammates,” she said.

Syafiqa, who is making her Commonwealth Games debut, admitted that they “lost our rhythm” when they found themselves trailing 9-12.

Meanwhile, Nur Ain Nabilah said that when they took the lead at 9-8 after 12 ends, it boosted their confidence before admitting that the turning point came when they trailed England 9-12.

“We tried to catch them but failed. In fact, our ‘attacking’ game also fell apart,” said Nur Ain Nabilah, who is also making her Games debut.-Bernama