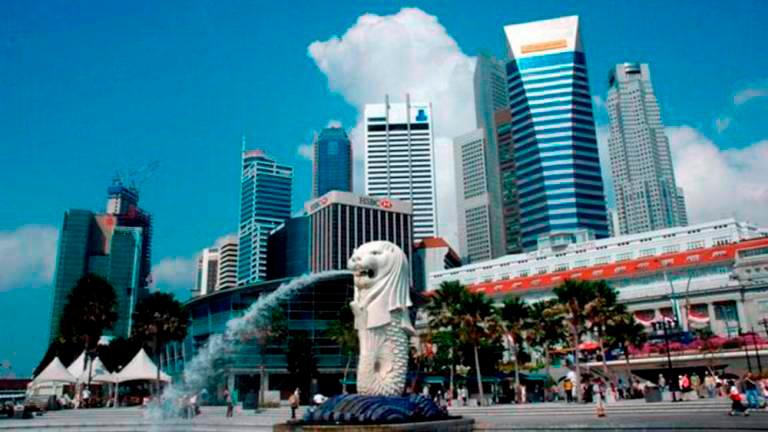 SINGAPORE: Two Singaporean companies have been charged with exporting whisky, wine and other drinks to North Korea, the latest case of firms in the city-state allegedly trading illegally with the regime.

Pyongyang has been hit with a barrage of sanctions, including from the United Nations, over its nuclear and ballistic missile tests, while Singapore suspended trade ties with the North in 2017.

The company 123 Holdings was charged Wednesday with supplying alcoholic drinks on five occasions to North Korea, transported via China, between November 2016 and July 2017, according to charge sheets.

The goods -- including Chivas Regal and Johnnie Walker Black Label whiskys, Smirnoff vodka and Australian, Chilean and French wines -- were worth more than 720,000 Singapore dollars ($520,000).

The second company, 123 Duty Free, was slapped with five charges for allegedly supplying non-alcoholic drinks, including coffee and strawberry milk, to North Korea from April to August 2018.

There had been several cases in recent years of companies and individuals from Singapore, a key trading hub and financial centre, being prosecuted for supplying banned goods to the North.

In 2019, a court in the city-state jailed the director of a Singaporean trading firm for nearly three years for supplying $4.4 million worth of luxury goods, including alcohol and perfume, to North Korea.

In 2016 a shipping firm in the city was fined for its role in an attempt to smuggle Soviet-era weapons and fighter jets from Cuba to the North.

The company was initially found guilty of two charges, but it was cleared of one count on appeal and had its fine reduced.

On Wednesday, the United States said it would seek new sanctions on North Korea at the United Nations after Kim Jong Un's regime fired a volley of missiles just hours after President Joe Biden ended a trip to Asia.-AFP