So near yet so far as national rhythmic gymnasts fall short, again 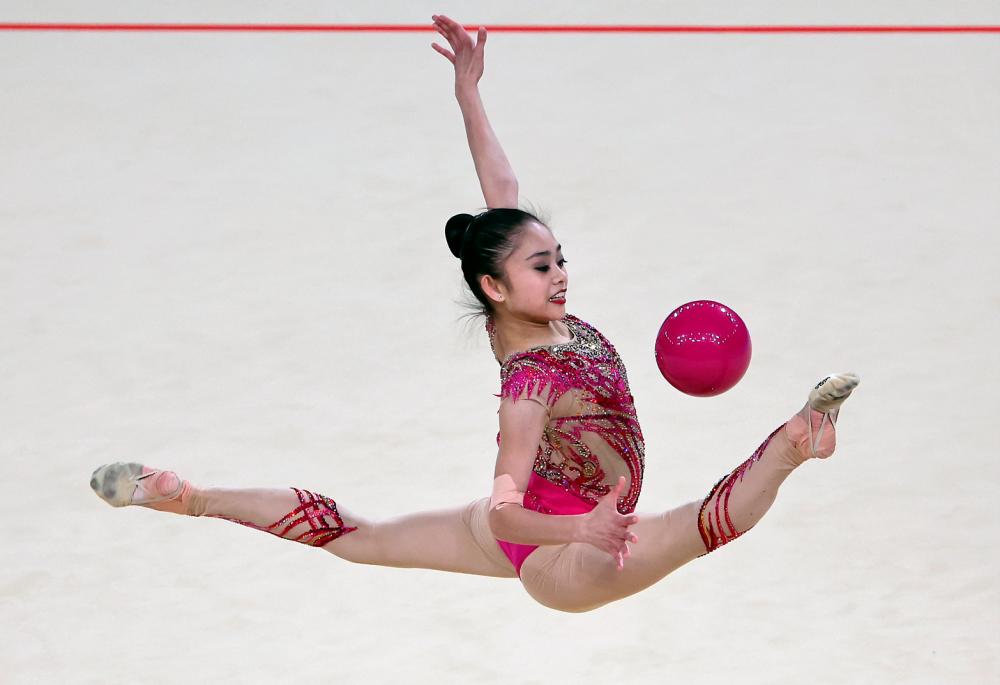 BIRMINGHAM: For the second day in a row, the national rhythmic gymnasts have come up short in their pursuit of a medal at the Birmingham 2022 Commonwealth Games here today.

After losing out on securing bronze in the team event after finishing fourth in the final yesterday, national rhythmic gymnasts Izzah Amzan(pix) and Ng Joe Ee endured a similar fate in the individual all-around final at the Arena Birmingham today.

Speaking to reporters after the final, Joe Ee admitted that she could not keep things tight performing in front of a packed Arena Birmingham.

However, she felt that she had gained a valuable lesson, especially on how to perform in front of a big crowd, and vowed to come back stronger when she competes in the ball and ribbon disciplines tomorrow.

“I expected to get third but I ended up fifth. It was not easy but I just need to work harder tomorrow,” said the Commonwealth Games debutant at the mixed zone.

The teary-eyed Joe Ee, who could not come to terms with today’s result, was then consoled by her coach, Afrita Ariany Nasril.

Izzah, who was a member of the team who won silver in the 2018 edition in Gold Coast, Australia, will feature in the hoop and clubs disciplines on the penultimate day of rhythmic gymnastics tomorrow.

Meanwhile, Marfa Ekimova brought cheers to the home crowd when she clinched gold for England with 112.300 points in a tight contest with Anna Sokolova.-Bernama