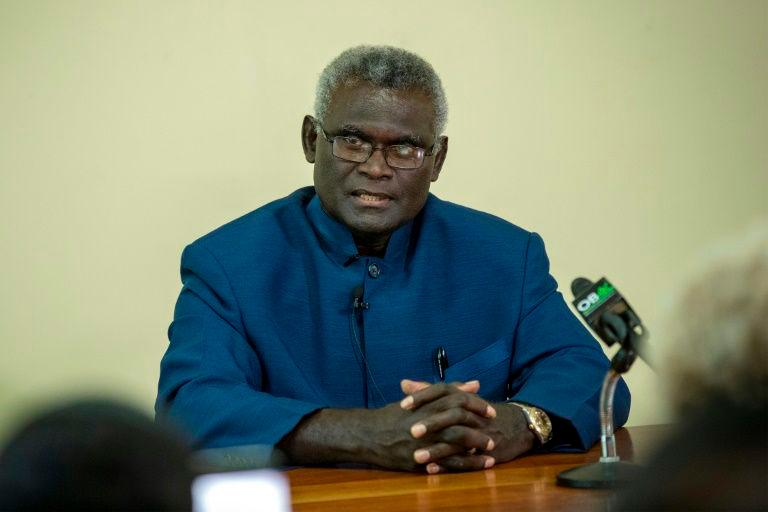 SYDNEY: Solomon Islands Prime Minister Manasseh Sogavare(pix) faces a motion of no confidence on Monday, after anti-government riots saw dozens of buildings burnt down and shops looted in the Pacific island's capital a little over a week ago.

Boats have been banned from Honiara harbour, and over 200 police and soldiers from Australia, New Zealand, Papua New Guinea and Fiji are on alert, amid fears the vote could trigger another outbreak of violence.

Church leaders called for dialogue between the nation's most populous province, Malaita, and the national government to resolve a range of domestic issues amid wider geopolitical tensions.

Opposition leader Matthew Wale outlined grievances in parliament including the accusation Sogavare was using money from China in a national fund to prop up his political strength ahead of the vote, and was “in the service of a foreign power”.

A Government Gazette notice dated Dec. 2 shows money was withdrawn from the National Provident Fund in the name of 22 lawmakers in recent days, prompting the accusation from the Opposition.

“The Prime Minister is dependent on the NDF (National Development Fund) money to maintain his political strength. How can he make decisions only in the interests of the Solomon Islands?” said Wale.

The people of the Solomon Islands are angry at inadequate healthcare, prime land being taken by foreigners, and logging companies overriding local interests, Wale said.

The looting and violence that erupted on November 24 must be condemned, he said, but “it pales in comparison to the looting that happens at the top”.

Anti-government protests spiralled into violence that killed four people and destroyed large parts of Honiara's Chinatown after Sogavare refused to speak with protesters who had travelled from Malaita province.

Malaita has a history of disputes with Guadalcanal province where the national government is based, and opposed the switch by Sogavare's government in 2019 to formally recognise China instead of Taiwan.

Malaita province was the “big brother” in the Solomon Islands family and had the capacity to stand up to the national government, Wale said on Monday.

Health minister Culwick Togamana spoke in support of Sogavare's leadership amid the Covid-19 pandemic and said he should not resign. There have been 20 cases and no deaths, according to the World Health Organization.

A vote was expected later on Monday.

1.Search for victims from capsized boat off Teluk Ramunia called off

2.MRCS to distribute aid worth over RM1.2 mln from Geneva

3.Call for guidelines to prevent teachers from bringing their political ideology to school