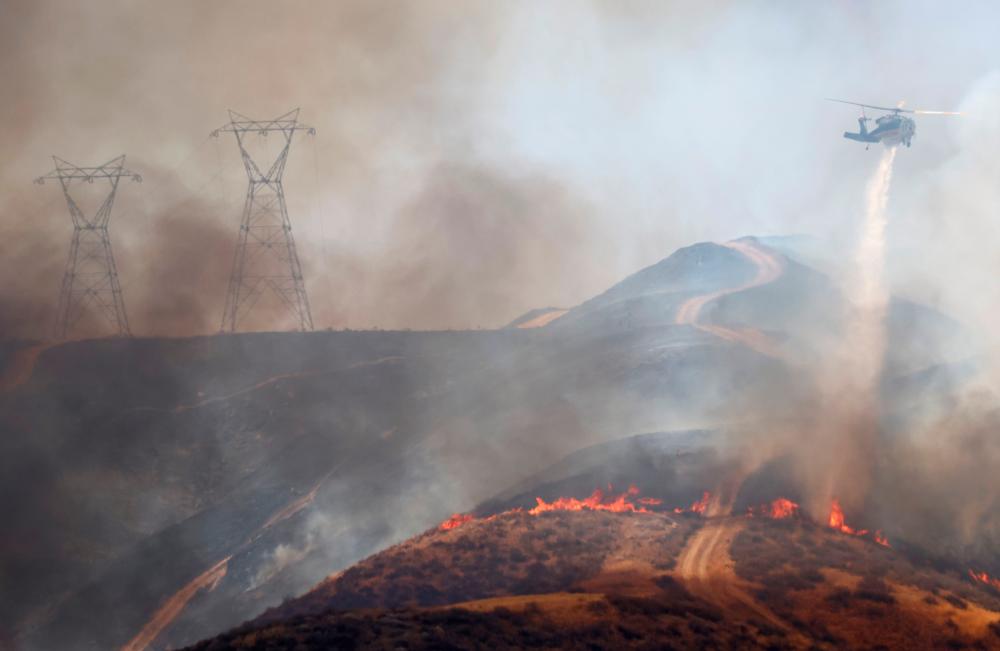 TRANSBOUNDARY haze affecting Malaysia has been an ongoing problem for decades, and is mainly caused by forest fires due
to agricultural techniques known as “slash-and-burn” from across the border (whether land, i.e. Kalimantan or
cross-straits, e.g. Riau). The root cause of this is the burning of peat lands for cultivation, which takes place especially during the drought season. This is when peat soil becomes flammable and fire spreads easily.

The burning activities carried out by smallholders and individual farmers as well as companies are mainly for food crops and commodity crops, respectively. The “slash-and-burn” technique is utilised as the cheapest means.

Haze has caused a damaging impact on public health and the economy of affected countries. According to a journal article entitled, “Acute Health Impacts of the Southeast Asian Transboundary Haze Problem – A Review” (International Journal of Environmental Research and Public Health, 2019), existing studies conducted in countries affected by transboundary haze “indicate consistent links between haze exposure and acute psychological, respiratory, cardiovascular and neurological morbidity and mortality”.

Haze – or some call it “smog” – mainly contains carbon monoxide and particulate matter. The former can be a respiratory irritant and, like the latter, is highly potentially carcinogenic (i.e. cancer causing), and thus poses a health hazard/risk to the public.

At least between 40,000 and 100,000 additional deaths in Indonesia, Malaysia and Singapore have been due to the adverse health impact of haze (“Air quality and health impacts of vegetation and peat fires in Equatorial Asia during 2004–2015”, Environmental Research Letters, 2020).

Furthermore, according to World Health Organisation director of Public Health and Environment Dr Maria Neira, “long-term exposure to air pollution will affect the immune system and, therefore, make one more susceptible to any type of respiratory diseases ... [including, especially Covid-19].”

On the economic front, the World Bank has said that Indonesia lost at least US$16.1 billion (RM72.12 billion) due to fires in 2015, which is more than double the cost of rebuilding after the Aceh tsunami (“The Cost of Fire: An Economic Analysis of Indonesia’s 2015 Fire Crisis”, World Bank Group, 2016).

For 2019, the World Bank estimated that it cost Indonesia more than US$5.2 billion. The evaluations were done from June to October 2019. However, the fires continued to occur until November (e.g. “World Bank says Indonesia forest fires cost US$5.2 billion in economic losses”, Reuters, Dec 11, 2019). Therefore, the actual cost may be higher.

Due to the La Nina climatic conditions that increased rainfall, Indonesia experienced a low number of fire alerts in 2021, where “only 364 high-confidence fire alerts were recorded by Nasa’s Fire Information for Resource Management System in September ... at the peak of the dry season, compared with the 427 and 8,698 hotspots recorded by satellites for the same months in 2020 and 2019, respectively” (“Haze Outlook 2022”, Singapore Institute of International Affairs (SIIA), June).

The same trend is expected to occur this year as SIIA estimates the risks of haze to be amber (on a scale of green, amber and red).

Associate Professor of Environmental Politics with the Department of International and Strategic Studies at Universiti Malaya Dr Helena Varkkey has also raised a warning for the country and affected neighbours to brace for a return haze (“Borderless haze threatens Southeast Asia”, Eco-Business, Aug 10).

This is based on three factors. Firstly, the Southeast Asia region has experienced rainfall that is above average due to the La Nina events. These are expected to continue from September to November (“Seasonal Forecast for September – November 2022”, Asean Specialised Meteorological Centre (ASMC), Sept 1).

Secondly, the rise of palm oil prices this year and the increase in the amount of oil palm seeds bought by oil palm growers in 2021 suggest that oil palm planting will surge. Due to this trend, the possibility of haze will increase if fires are used to open up new land for planting or replanting.

Additionally, the central and provincial governments have strengthened fire prevention and suppression efforts over the past three years. Despite these efforts, there is a need for increase in forest monitoring, as well as action against the illegal use of fire by companies whose primary goal is to maximise profit.

Furthermore, even though there has been no transboundary haze lately, Indonesians still suffer from localised haze (e.g. “As Jakarta chokes on toxic air, Indonesian government stalls on taking action”, Mongabay, June 29).

As the dry season begins to take hold in Indonesia, the province of Riau is seeing an increase in forest fires. Since the beginning of this year, more than 1,000ha of land have been consumed by fire (“In Indonesia’s forest fire capital, the dry season brings yet more burning”, Mongabay, Aug 5).

Indonesia is one of the countries most vulnerable to drought in 2022. What is more worrying is that the United Nations (UN) estimated that by 2050, 75% of the world may experience drought. Last year, Indonesia’s Meteorology, Climatology and Geophysical Agency reported that 85% of Indonesia was affected by drought (“Building resilience in Indonesia’s drought-ridden island of Java”, The Jakarta Post, June 21).

The only legally binding regional agreement – the Asean Agreement on Transboundary Haze Pollution (2002) – had been hampered by Indonesia’s delayed ratification, lack of clarity over the functions of the ASMC, and uncoordinated assistance efforts (“Borderless Haze Threatens Southeast Asia”, Tempo.co, Aug 13).

It specifically establishes, among other things, the Asean Coordinating Centre for Transboundary Haze Pollution “to facilitate cooperation and coordination ... in managing the impact of land and/or forest fires, in particular, haze pollution”.

Prior to that, the Regional Haze Action Plan (1997) had apportioned roles, consistent with the broader principle of non-interference, that Malaysia would take the lead in prevention, Indonesia in mitigation and Singapore in the monitoring of fires and haze affecting the three countries (“Can a Regional Public Health Emergency Centre Work for Asean?” by Melinda Martinus, Fulcrum, May 27).

Currently, the ASMC is hosted by the Meteorological Service Singapore. It provides weather and haze outlook, satellite images, hotspot information, air quality information and fire danger rating. Another regional haze centre is critically needed for the Borneo region to serve as a monitoring centre, in order to “close” the geographical and topographical distance in real-time and granular terms. The deployment of drones to survey and provide surveillance of the historic and potential areas for forest fires should be intensified.

Such a centre would utilise global positioning satellite and geographic information system (GIS) as part of an early warning system to indicate potential hotspots so that preventative and early remedial measures can be taken.

The software and database of the ASMC should be inter-faced/inter-linked with individual smart apps deployed in the private sector, such as ArcGIS by Asia Pulp and Paper Sinar Mas (which in turn is integrated with real-time data from Esri’s Living Atlas of the World database), e.g. by converting the original coordinates into current geometries, and by extension, attribute views, specific software domain codes, customised mapping and incremental area-spotting data.

With financial backing from the Asian Development Bank, Asean should expedite the Towards a Fire Early Warning System for Indonesia project, which aims to construct a suite of climate-, hydrological- and agent-based modelling systems at landscape to regional-scales, to be used as a new forecasting tool.

Next, for prevention as well as mitigation efforts, installation of tube wells to pump groundwater or aquifer water into already-existing trenches, ditches, moats and canals built by the plantation companies should be part of the standard practices. This is for the pumping of groundwater or aquifer water, which exist below peat soil and peat swamps.

Two companies in Kalimantan have successfully tapped underground water in Kalimantan in 2015. The unconfined aquifer water was situated at nine to 10m below surface. The cost for the tube-wells was then only US$350 per piece, and hence, a cost-effective method for the plantation companies. The watered artificially-created grooves then would act as a fire barrier or breaker, thus preventing the fire from spreading.

As part of the regulatory and legal framework, the practice should be made compulsory under a new piece of legislation in Indonesia and Malaysia (for our companies operating across the border in Kalimantan and for those with plantations in Sumatra and the Riau islands), e.g. under a revived Cross-Border Pollution Act, that was abandoned.