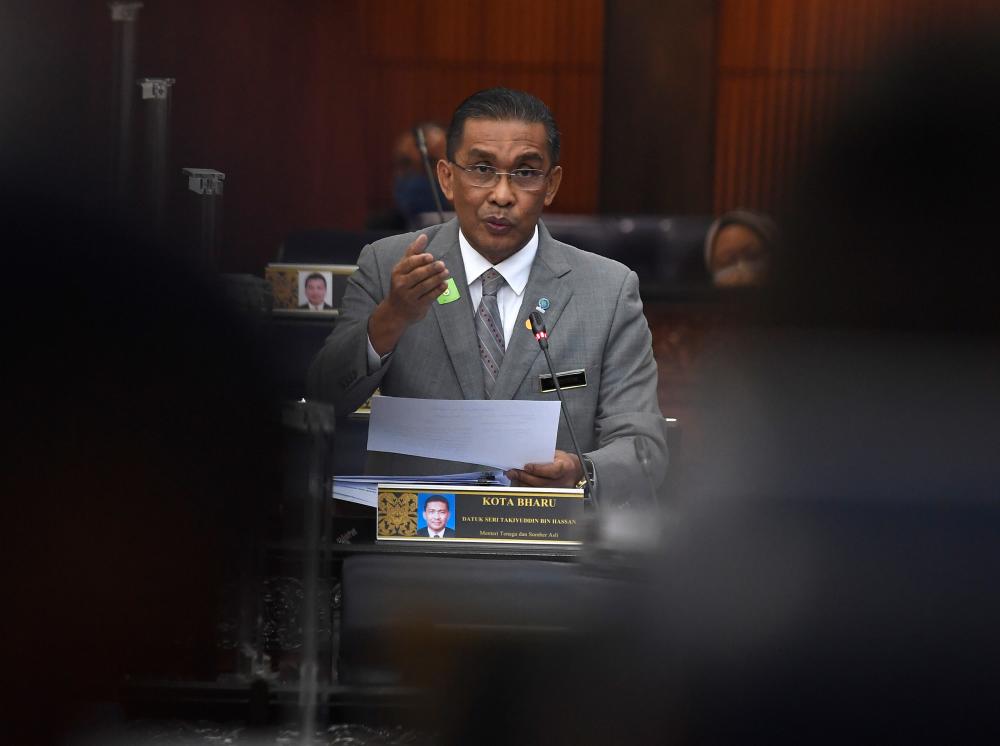 Its minister Datuk Seri Takiyuddin Hassan(pix) said so far Malaysia has no clear SOP regarding mining management for NRREE.

“The SOP will be expanded to all states...(we are) just waiting for it to be finalised,“ he said when winding up the debate on the Supply Bill 2022 (Budget 2022) at the committee level for KeTSA in the Dewan Rakyat, today.

A total of 15 Members of Parliament (MPs) participated in the debate session which saw the Dewan Rakyat approving the estimated operating expenditure of RM1,120,915,300 allocated to KeTSA in Budget 2022 with more votes in favour.

Earlier, the Dewan Rakyat approved the estimated operating expenditure of RM622,025,400 to the Youth and Sports Ministry after 15 MPs participated in the debate for the ministry.-Bernama