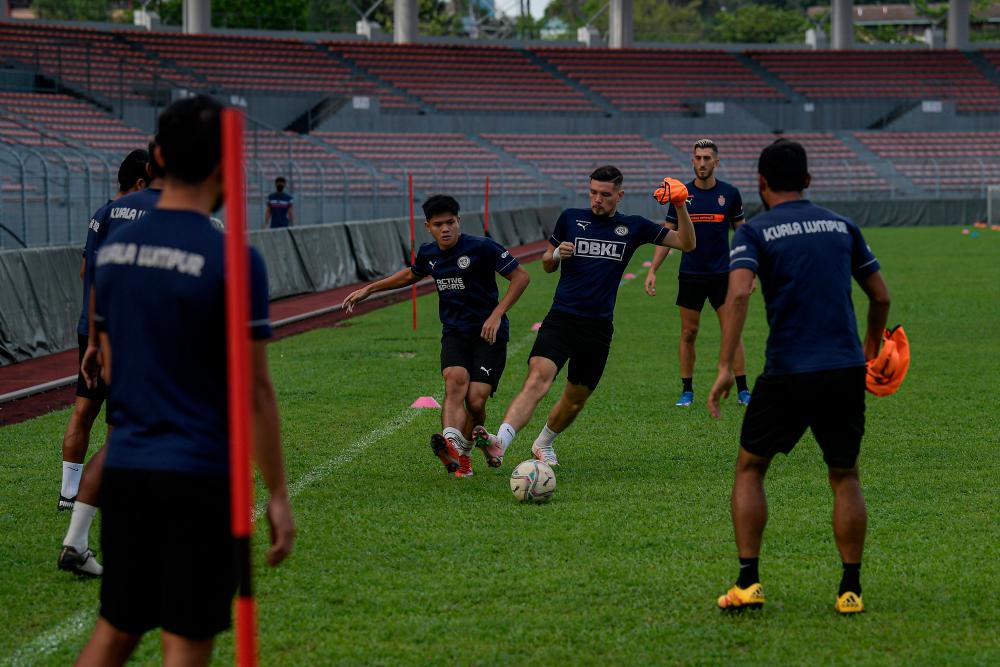 KUALA LUMPUR: Kuala Lumpur (KL) City FC players will receive a special bonus if they manage to lift the Malaysia Cup by beating fancied Johor Darul Ta’zim (JDT) in the final at the National Stadium in Bukit Jalil tomorrow.

Kuala Lumpur Football Association (KLFA) president Khalid Abd Samad said the incentive, which had yet to be decided, would be given if they can end the team’s 32-year title drought, having last won the Malaysia Cup in 1989.

“We have promised the players they will receive a bonus, and a special bonus if they win the Malaysia Cup, which is celebrating its 100th anniversary. It will surely be an achievement that exceeds all our expectations.

“As such, I am confident our sponsors will also chip in to boost the special bonus amount should we lift the Cup,” he told a media conference at the Kuala Lumpur Football Stadium in Cheras today.

According to him, although the team had a low budget, the commitment shown by the players, sponsors and team management was the fuel that has sparked their magnificent run into the final of the Malaysia Cup this time.

Elaborating, Khalid said he was confident that the squad, under coach Bojan Hodak, would not be in awe of defending champions JDT and, instead, give 110 per cent in the title showdown.

He said that as underdogs, they would fight until the final whistle to end their supporters’ 32-year wait for a trophy.

“Although we will be up against JDT, who are known as the ‘Dream Team of Malaysian Football’, InsyaAllah KL City will be able to produce a surprise because we are more hungry for victory,” he said.

The City Boys won the Malaysia Cup three consecutive times from 1987, defeating Kedah in the final on all three occasions.-Bernama