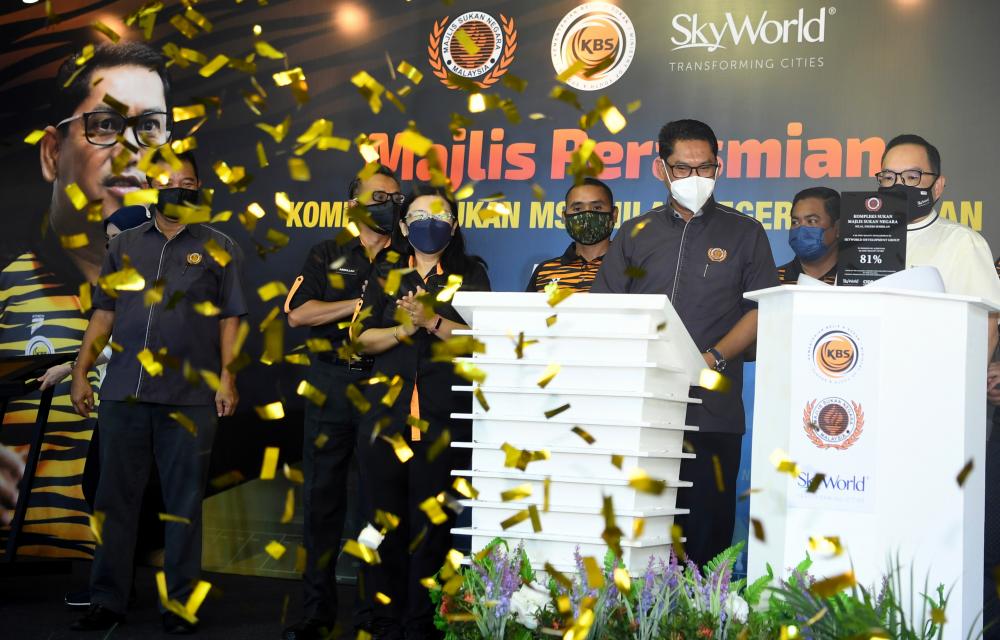 NILAI: Malaysia's insistence in not allowing Israeli players to compete in the Men's World Team Squash Championship, scheduled to be held in Bukit Jalil from Dec 7-12, is not an act of discrimination against that country, said Youth and Sports Minister Datuk Seri Ahmad Faizal Azumu(pix).

He said the whole world was aware that Malaysia does not have diplomatic ties with Israel, including in sports.

“When the World Squash Federation (WSF) gave Malaysia the green light to host the international meet, they should have taken note of the fact that we do not allow Israeli athletes to compete here,” he told reporters at the Nilai National Sports Council (NSC) Complex here today.

The WSF and Squash Racquets Association of Malaysia (SRAM) said in a statement earlier today that the championship had been cancelled due to the possibility that several countries, one of them reportedly being Israel, could not compete due to the non-confirmation of their visa application and travel authorisation by the Malaysian authorities.

The WSF said the decision to cancel the tournament was also influenced by the new Covid-19 Omicron variant.

Earlier, Ahmad Faizal launched the Nilai NSC Complex, which is a new sports hub equipped with a 20-lane archery field, boxing, muay thai and silat rings as well as futsal courts, and it will start operating next January.

The RM50 million sports complex would also provide added value in terms of having sports facilities that can drive sports associations to produce the best athletes at both the national and international level.

He said work to build the almost 2.42-hectare sports complex began on June 1, 2020 and it is set to be completed as scheduled.

“This complex can accommodate over 200 athletes as it will have 44 hostel rooms,” he said, adding that the construction cost was borne by the developer, SkyWorld, in collaboration with the NSC and Kuala Lumpur City Hall (DBKL).

He added that the Nilai NSC Complex was built to replace the Datuk Keramat NSC Sports Complex, which has been taken over by DBKL and SkyWorld.-Bernama