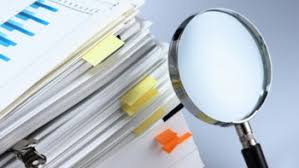 PETALING JAYA: Experts have welcomed the idea of a National Social Protection Policy (NSPP) to comprehensively address an impending wave of social woes that may hit Malaysia soon.

The Malaysian Trades Union Congress (MTUC) welcomed the notion, calling it an important step towards providing a sustainable security net to the various marginalised communities in the country.

Both experts were responding to a letter by Emir Research analyst Nur Sofea Hasmira Azahar, who suggested on Monday that an NSPP be developed to ensure sustainable social protection for the rakyat, especially vulnerable groups.

MTUC secretary-general J. Solomon said every member of the public should be entitled to a basic standard of living and both MySPC and the NSPP would be a significant advancement towards that goal.

“We hope the reactivation of MySPC will expedite the formulation of an NSPP, which addresses the needs of marginalised communities.

“The policy would entail and reinforce the right of every citizen in this country to a certain standard of living, which should include decent housing, quality healthcare and access to public facilities, including education.

“Once this right is cast in stone, then efforts can be made to improve and streamline government assistance to the targeted groups in achieving the NSPP,” he told theSun yesterday.

Solomon said although there are several authorities that run programmes to help marginalised communities and the hardcore poor, a number of these schemes offer little, beyond monthly financial assistance.

“Even the monthly allowance varies on a case-to-case basis and is often too little to sustain the recipients and their families.

“All these assistance need to be better coordinated and streamlined to ensure it is in step with the needs of the communities.

“A social protection net must move beyond symbolic cash handouts and expand into areas of healthcare, education and other access to public amenities that can ensure decent living for the marginalised. The proposed NSPP can help achieve this,” he said.

Yeah, a professor of economics at the Business School in Sunway University, said the NSPP would be pivotal in organising both new and old aid initiatives.

“It is an excellent idea as developing a comprehensive social protection or development plan involves multiple sectors and agencies.

“This initiates responsibility to closely integrate our policies with the 12th Malaysia Plan, and is good for our medium to long-term economic growth.”

However, Yeah said that if MySPC were to be the authority developing the NSPP, the organisation should be adequately empowered.

“The effectiveness of MySPC in creating relevant policies would depend on how it is empowered. It cannot just be in an advisory capacity, but would need to have effective powers to implement the needed policies and prevent oversight.”

Read the story on our iPaper: Stakeholders laud framework to facilitate provision of basic standard of living to marginalised communities