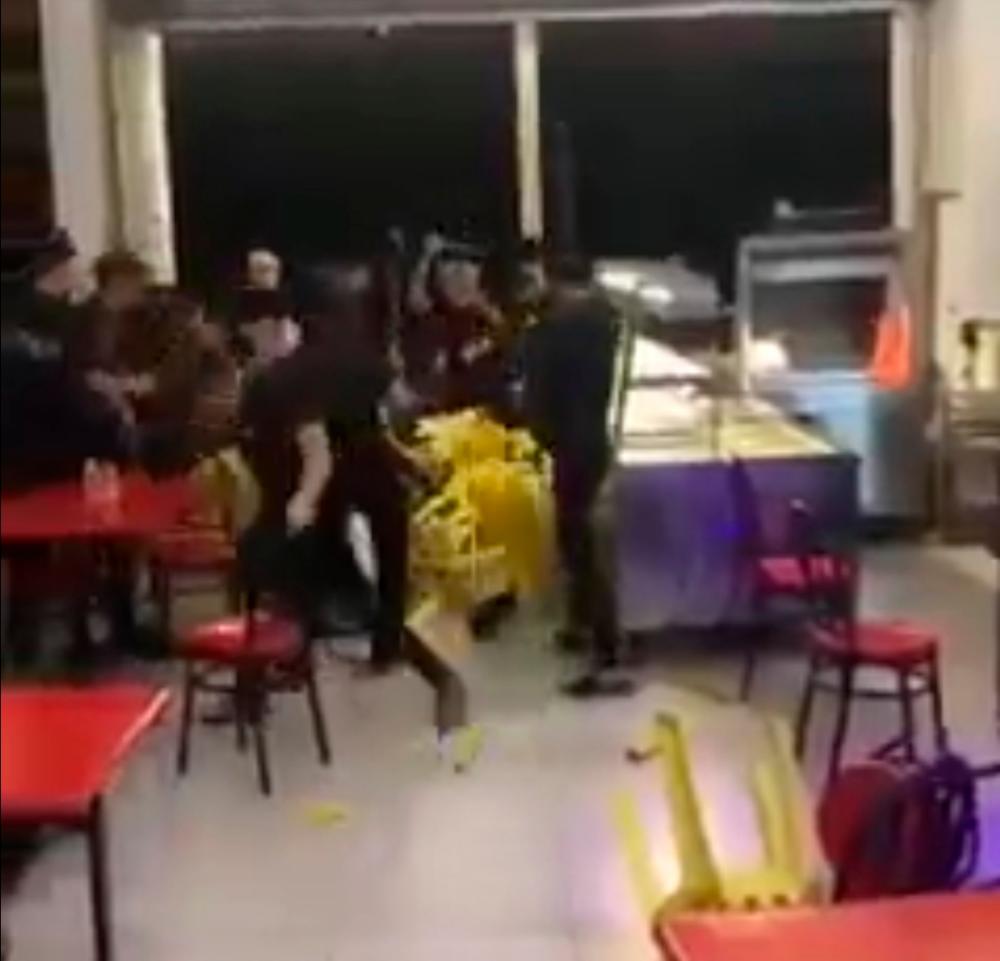 Screengrab from the video

KLANG : Two groups of students, with the help of their friends from secret societies, clashed on Tuesday at a restaurant in Tama Ehsan Jaya, Pandamaran here, in a fight over a girl.

Soon after the fight, a police team from the anti-secret societies unit arrested eight youths aged between 14 and 21 here and in Kapar.

Cha said two of the suspects have past criminal records, and police seized several items from them, including two baseball bats.

“Early investigations showed that the teenagers had fought over girl who is a student and had roped in their friends who are members of secret societies to join in the confrontation. There are elements of gangsterism in the case, and some of those involved were school-leavers,“ he said.

Cha said the suspects are in police custody under a remand order and are being investigated for rioting and causing hurt with a dangerous weapon.

A minute-long video of the fight between the two groups was also posted in social media platforms by unknown individuals.

Cha also advised parents to monitor the movement of their children.

“It is also essential for parents to take notice of who their children are mingling with and be aware of the background of their peers,“ Cha said.

He urged those with information on criminal activities in the district to contact South Klang police at 03-3371 9999 or the nearest police station.