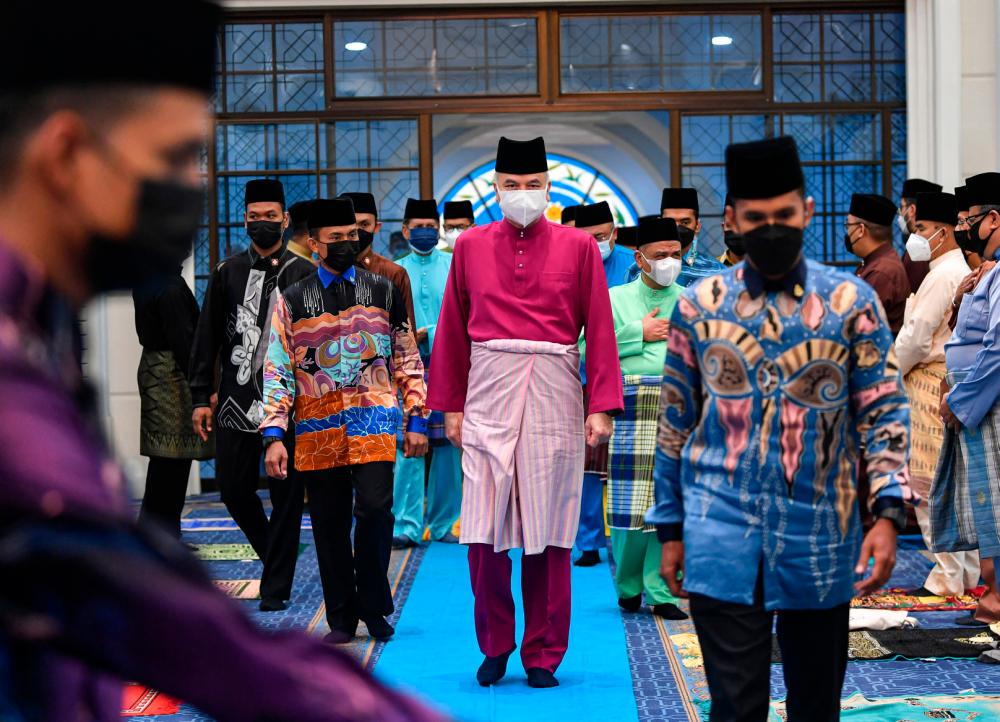 KUALA LUMPU: The Deputy Yang di-Pertuan Agong Sultan Nazrin Shah(pix)said that Muslim scholars and leaders must pool their energy and work together in the fight against corruption.

He said corruption is a harmful cancer that had been proven to be the cause of the people's suffering and poverty, the fall of governments and rulers, the collapse of nations and empires and the ruins of civilisations and cultures.

“Therefore, scholars and leaders cannot close their eyes, deafen their ears and hold their tongues against acts of corruption,” said Sultan Nazrin.

The ruler said so many incidences of corruption have been reported recently, adding that based on the news reports, corruption is not only widespread but also happening on a large scale.

“It is more worrying when it is being carried out more boldly and openly,” the ruler said in a message in conjunction with the Maulidur Rasul celebration aired over RTM tonight.

Sultan Nazrin said when the ummah is suffering, leaders have a big role in creating a peaceful world and prosperous life.

He said the people long for a fair and just leadership that bravely upholds the truth and firmly implements justice based on the law as well as a leadership that does not commit injustice, does not oppress, cheat and is not a hypocrite.

“The ummah has been voicing out their longing for a leadership that is not corrupt, does not abuse power, does not practise nepotism and does not commit breach of trust.

“The ummah longs to be led by leaders who practise the leadership qualities of Rasulullah Sallallahu Alai Wassalam (SAW), qualities that (all leaders) must follow,“ the ruler said, adding that the well-being of a nation and the prosperity of a country is greatly influenced by the characteristics and sensibility of its leaders.

He said, if leaders are constantly aware of their responsibility to God as well as to the ummah and the country, the ummah will prosper, national treasures will be managed transparently, resources to be distributed fairly and national wealth will not be wasted.

“Leaders will not allow dishonest wealth accumulation especially involving ways that sideline the rules and ridicule the law,” he said.

Sultan Nazrin said those who are entrusted to lead the ummah must follow the leadership wisdom exhibited by Rasulullah SAW.

“Prophet Muhammad SAW is an example, a figure of outward good looks that reflects inner beauty. Through his leadership, he succeeded in building a great civilisation that had raised the ummah to the stage of glory,” said Sultan Nazrin.

Sultan Nazrin said one could learn from the integrity that Prophet Muhammad (SAW) had portrayed, especially his stance of not giving privileges to family members or close acquaintances, and not to be influenced by bribes and remuneration and not to tolerate corruption.

Prophet Muhammad did not misuse his status as the Messenger of God to seize power and accumulate personal and family wealth, said Sultan Nazrin, adding that he was firm, stayed true to his principles, remained loyal to uphold the trust and the Divine order.-Bernama