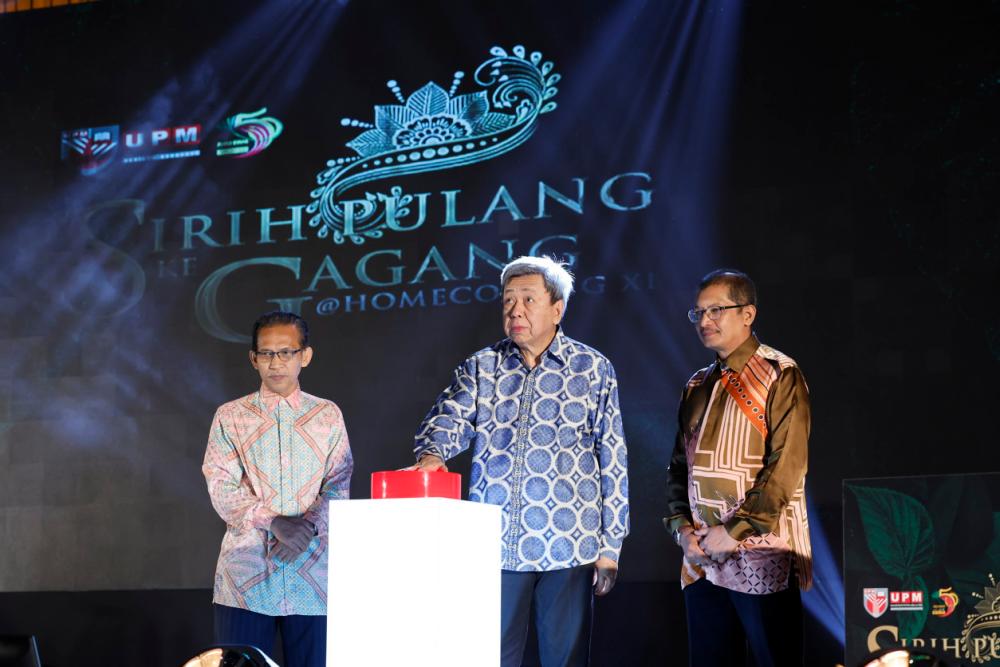 The Sultan later enjoyed a number of cultural and art performances by resident artists of the alumni before joining about 800 alumni members from all over the country, for the grand dinner which is held once in two years since 2001.

Apart from serving as a reunion for alumni members, several awards were also presented during the dinner.

The Alumni City Fund is a project undertaken by the UPM Alumni Association (PAUPM) to build a complex for research and commercial use.

Meanwhile, Dr Mohd Roslan said to support the era of digitalization, the alumni would start a portal known as the Alumni Information System (AIS) to provide information.

He added that through contributions amounting to RM1.46 million, from UPM’s alumni, staff, students and stake holders, a clock tower named Menara Jam Warisan Budi UPM will be built and the construction will start in January 2023.