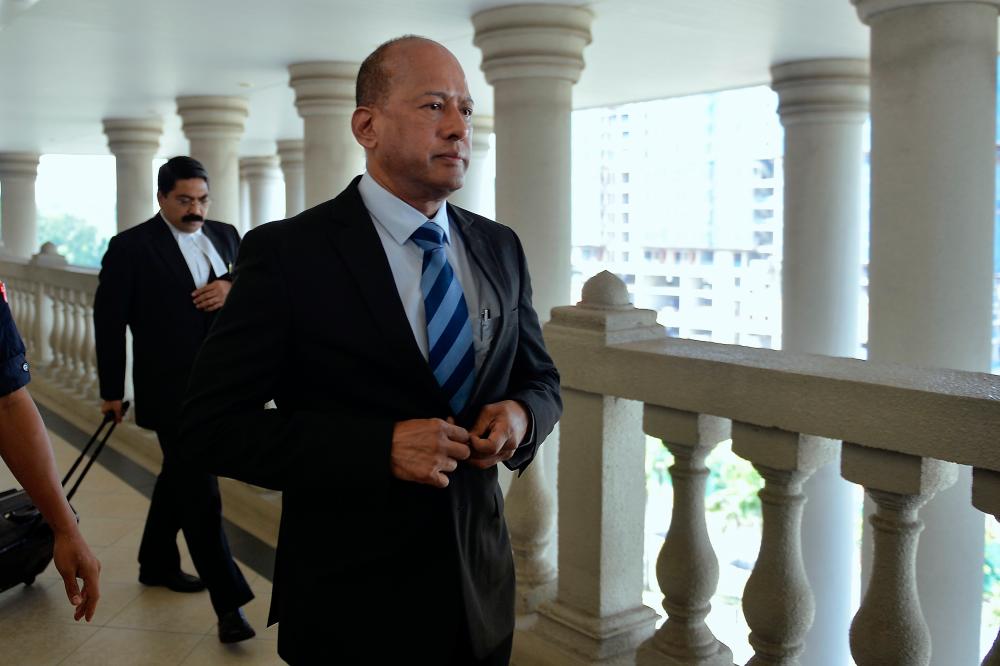 In his statement of claim, Sundra Rajoo alleged on the order of Mohamad Shukri and Thomas, MACC officers Mohd Adrian as well as Md Yusrin wrongfully detained him from 8 pm on Nov 20 2018 to 5 pm Nov 21 2018 at Kuala Lumpur International Airport for not complying with the law under Article 5(1) of the Federal Constitution.

Sundra Rajoo claimed that Mohd Adrian and Md Yusrin detained him even though he had been granted the same privileges and immunities as granted to a diplomatic agent on actions and matters performed by him as a senior officer.

The plaintiff claimed based on the plaintiff’s position as a director of AIAC (then), he was a senior official under the interpretation of the Kuala Lumpur Regional Arbitration Center Regulations 1996 (AIAC Regulations) made under the International Organizations (Privileges and Immunities) Act 1992 (Act 485).

Sundra Rajoo alleged on March 5 2019, he sought to initiate a judicial review permission proceeding against the attorney general, MACC and the government of Malaysia at the High Court here, among others to seek a declaration that he had immunity from criminal proceeding as a former senior officer.

He claimed that on March 25 2019, Kamal (deputy public prosecutor) made charges against him in the Sessions Court here on a breach of trust charge for using the money of AIAC for the purchase of copies of a book titled “Law, Practice and Procedure of Arbitration” authored by him.

“When the three charges were read, Thomas and Kamal realised that the plaintiff has immunity from criminal proceeding.

“The three charges themselves stated that the action was related to the matter committed by the plaintiff as AIAC director and Thomas and Kamal also knew that the hearing for judicial review permission application was on the next day,” claimed the plaintiff who also said the Sessions Court on Jan 22 2020 had cancelled the three charges of breach of trust.

The plaintiff later amended the judicial review application with a certiorari order to cancel the three charges. The High Court found the plaintiff was still immune from criminal proceeding by actions or things done in his capacity as director of AIAC.

“The High Court among others cancelled three charges after finding the allegations were no reliable as the books were purchased as promotion for AIAC which was agreed by the Asia-African Legal Consultative Organization (AALCO) and the royalty obtained by the plaintiff had been returned to AIAC,” claimed Sundra Rajoo in his statement of claim.

Apart from that, Sundra Rajoo claimed he was remanded and was forcefully removed from his post as AIAC director and his detention was tort in nature apart from claiming that as a result of the detention, he was ridiculed and his reputation was also affected.

As such, the plaintiff is claiming special damages amounting to RM3,749,557.26, additional and exemplary damages, with interest of five per cent from the date of judgement until the date of full settlement of all the sums ordered, costs or further orders deem fit by the court.

Through the court review system, the case management was set on Nov 12 via e-Review.-Bernama