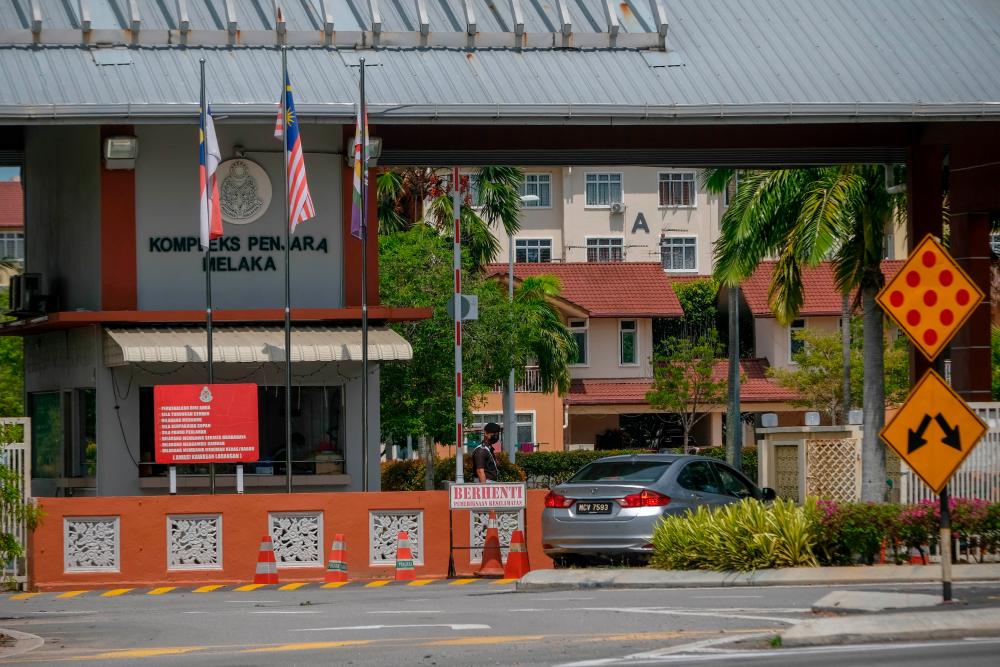 MELAKA: Admission of prisoners from another state is believed to be among the causes triggering the Sungai Udang Tembok Cluster 2.0, resulting in the implementation of the Enhanced Movement Control Order (EMCO) at the Sungai Udang Prison for two weeks, starting tomorrow.

“The spread in the prison was found to have occurred after the admission of 172 inmates from Negeri Sembilan and 14 people from the A’ Famosa Detainees Transit Centre into the Sungai Udang Prison several weeks ago.

“A screening found that 81 of the 186 prisoners were positive for Covid-19,” he said when contacted by Bernama here, today.

Subsequently, Rahmad said that the Ministry of Health (MOH) and Melaka Tengah district health office conducted investigations and screenings at the quarantine block, namely Block Berkat, to detect close contacts, with 256 screenings conducted as of yesterday.

“A total of 76 positive cases were found as of yesterday following the investigations and screenings, bringing the total positive cases to 157,” he said.

As such, he said several measures were taken including ensuring no more entries of new prisoners from other states, ensuring isolations were made in the quarantine block to control infections from spreading to other blocks, and the detection of close contacts if there was an increase in cases.

1.Melaka state election: Umno to decide on seat allocation in next MT meeting

4.Banks collaborating with AKPK to assist B50 borrowers through Urus