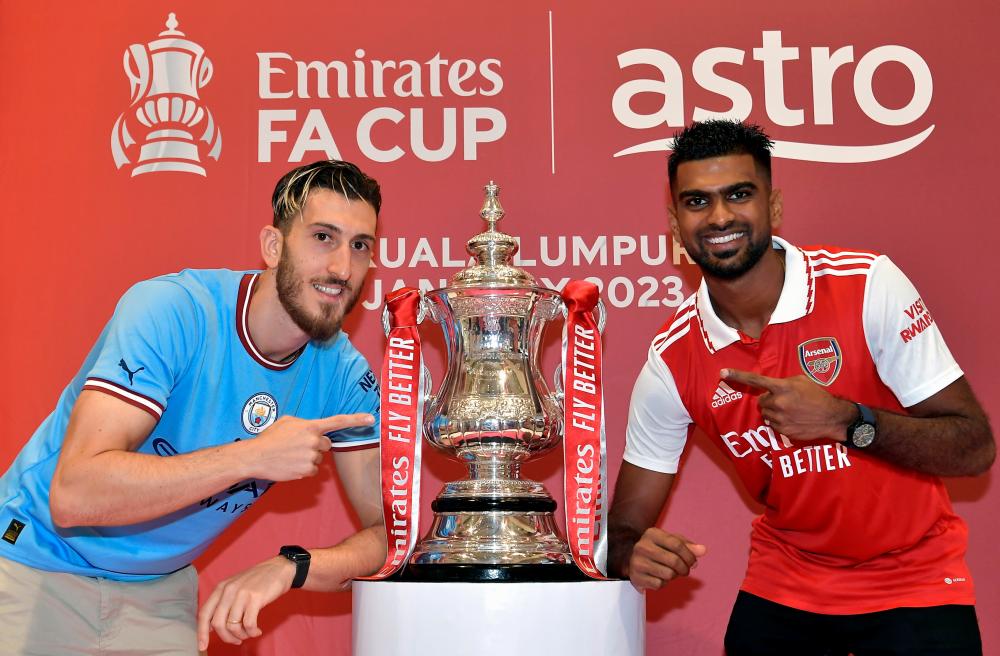 Gallifuoco said finishing in that position by the end of the season is important to push for a spot in the Asian Football Confederation (AFC) Cup after having emerged as the runner up following a 0-3 loss in the final to Omani club, Al Seeb last Oct.

“We have set the bar high after finishing in the top six tier in the last two seasons. Although we had an amazing run in the AFC Cup but we felt a bit unsatisfied last season.

“Now that we have a bigger squad, of course we want to push for the AFC Cup slot again, and finish in the top three tier,” he told reporters after celebrating the historic visit of football’s oldest and most famous domestic knockout competition, English FA Cup, here, today.

While Johor Darul Ta’zim (JDT) is expected to dominate the league next season, the Australian-born player also believes Sabah FC and Kedah Darul Aman FC will be among the teams to look out for in the new season.

“When Johor Darul Ta’zim (JDT) spend 15 times higher than everybody of course their quality is very high but other than that you have Kedah with a new coach coming in (Mohd Nafuzi Zain). I believe they will play fantastic football.

“Then you have Sabah FC as they have recruited so well including the acquisition of national striker Darren Lok, so it’s gonna be fun to watch them,” he said.

In the meantime, KL City midfielder, Kenny Pallraj said the arrival of Brazilian-born striker, Herlison Caion to their squad will definitely add more firepower to their strikeforce and ultimately help the team to finish at least among the top four as well as reach the finals in every competition that they participate.

After helping ‘The Red Giants’ advance to the Malaysia Cup final and finishing fifth in the Super League last season, Caion, who netted 24 goals last season, made a shock move by choosing to join their bitter rivals, KL City FC.

Meanwhile, the Football Association (FA) Senior Brand Manager Ryan Armstrong was impressed by the passion and enthusiasm of the local football fans during the FA Cup’s one-day tour today.

“There’s so much love and passion from the Malaysian fans as almost everyone attended the event, donned their favourite club jersey,” he said while hoping to see the tour become an annual event to enable more Malaysians to get a glimpse of the FA Cup trophy.

After Malaysia, the tour which started in Sydney, Australia on Jan 23, will head to Singapore tomorrow and will culminate in Seoul, South Korea on Jan 28 and 29. -Bernama