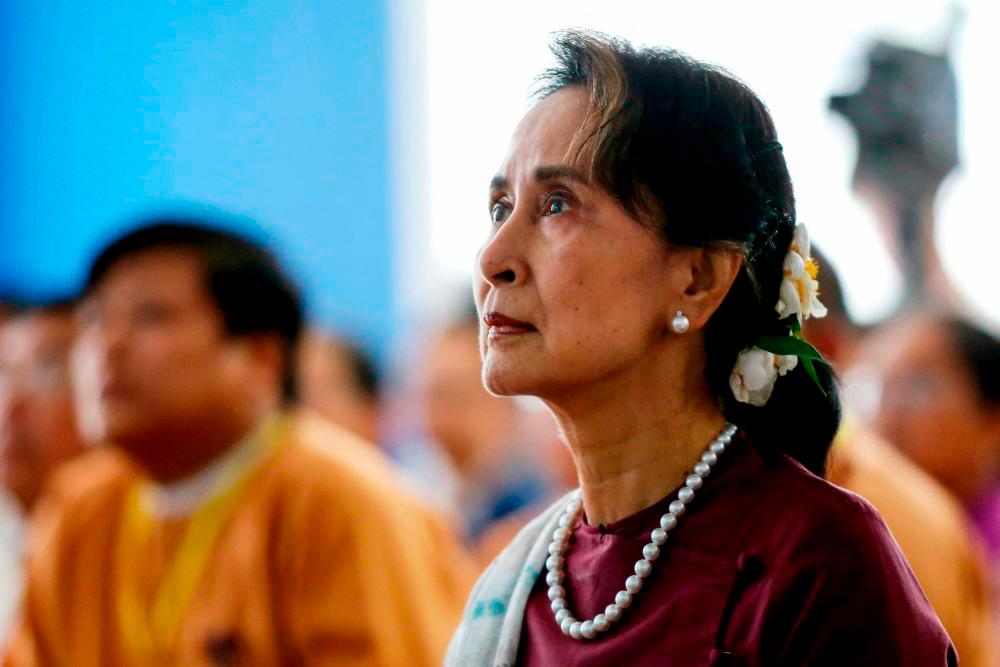 Since a coup ousted her government in February 2021, plunging Myanmar into upheaval, the 1991 Nobel Peace Prize laureate has been in military custody and faces a raft of charges that could jail her for more than 150 years.

Describing the situation as a “judicial kidnapping”, human rights lawyers Francois Zimeray and Jessica Finelle said they had filed a complaint on behalf of her relatives with the UN Working Group on Arbitrary Detention.

“Her arrest was illegal, her detention is devoid of any legal basis, and her different trials violate the basic rules governing any legal procedure,“ reads the complaint, seen by AFP.

“This is a kidnapping disguised as a trial, she is held incommunicado in defiance of all justice and resists with strength an unacceptable psychological torture,“ it said.

In a statement, the lawyers added that “this is a tragic regression for Myanmar. Through the figure of Aung San Suu Kyi, the entire Burmese people is silenced, and its democratic aspirations are crushed.”

Suu Kyi, 76, has been sentenced to five years in jail for corruption, and six years for incitement against the military, breaching Covid-19 rules and breaking a telecommunications law.

She faces a raft of other trials, including for allegedly violating the official secrets act, several counts of corruption and electoral fraud.

Branding them “farcical charges”, the lawyers said Suu Kyi faces the prospect of more than 100 more years on 17 different charges.

They made headlines in 2016 by finding that WikiLeaks founder Julian Assange was being arbitrarily detained as he sought to avoid extradition from Britain to the United States by sheltering in the Ecuadoran embassy in London.

Both in 1991 and 2001, the experts determined she was being arbitrarily detained.

Today, she is confined to an undisclosed location in the capital Naypyidaw, with her links to the outside world limited to brief pre-trial meetings with lawyers.

“Can anyone conceive what this detention entails for a (soon) 77-years-old woman, who has already spent 15 years of her life deprived of liberty?” Zimeray and Finelle asked.

“We don’t know where she is. She only reappears at her trials. It is a judicial kidnapping,“ he said.

He voiced hope the Working Group, whose decisions are not binding but carry reputational weight, would “speak out firmly”.

Since the coup that ousted civilian leader Suu Kyi, more than 1,800 people have died in a brutal military crackdown on dissent, according to a monitoring group.-AFP