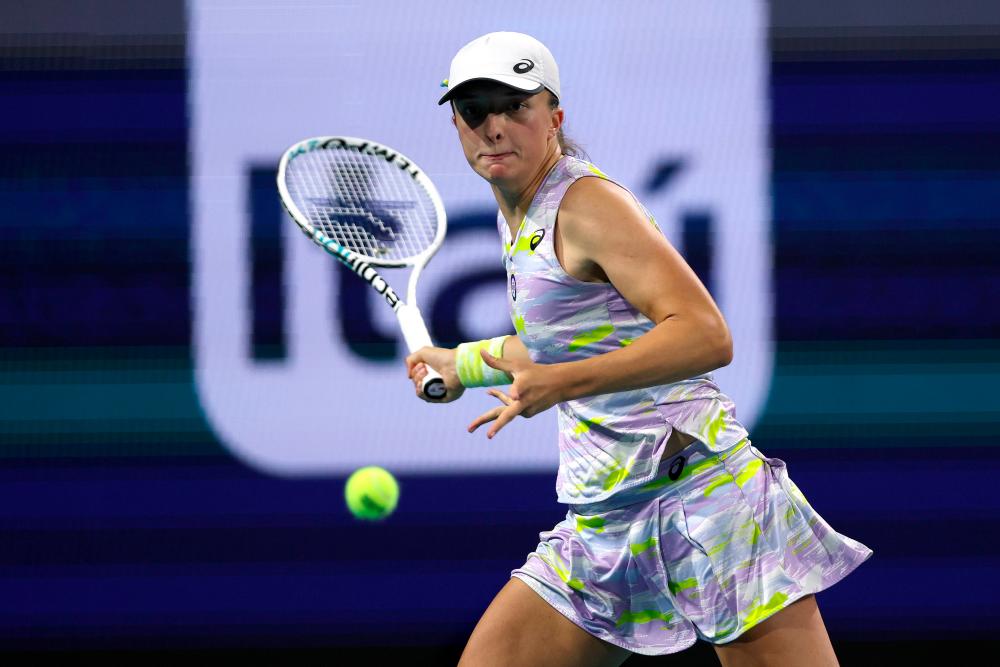 WORLD number one Iga Swiatek(pix) swept aside third-seeded Aryna Sabalenka 6-2 6-1 in a lopsided contest in Rome on Saturday to advance to the Italian Open final, where she will meet either Ons Jabeur or Daria Kasatkina.

Reigning champion Swiatek extended her winning streak to 27 matches, overpowering Sabalenka in just over an hour to reach her fifth straight WTA final.

The 20-year-old improved her overall head-to-head record with Sabalenka to 3-1, having also won both of their meetings earlier this year - the Stuttgart final and Doha quarter-finals - in straight sets.

Swiatek broke Sabalenka twice in the opening set to build a 3-1 lead before closing it out in around 30 minutes. She continued to apply the pressure in the second set, racing to a 4-0 lead.

World number eight Sabalenka, who won only two of her service games, received a medical timeout at 4-1 down, but the Pole shrugged off the disruption to wrap up the win soon after.

Sabalenka finished with 31 unforced errors, twice as many as Swiatek who hit 15 winners en route to victory and matched the tally of 27 straight wins set by Serena Williams in 2015. 2.Pakistani escapes the gallows, gets 20-year jail for drug possession