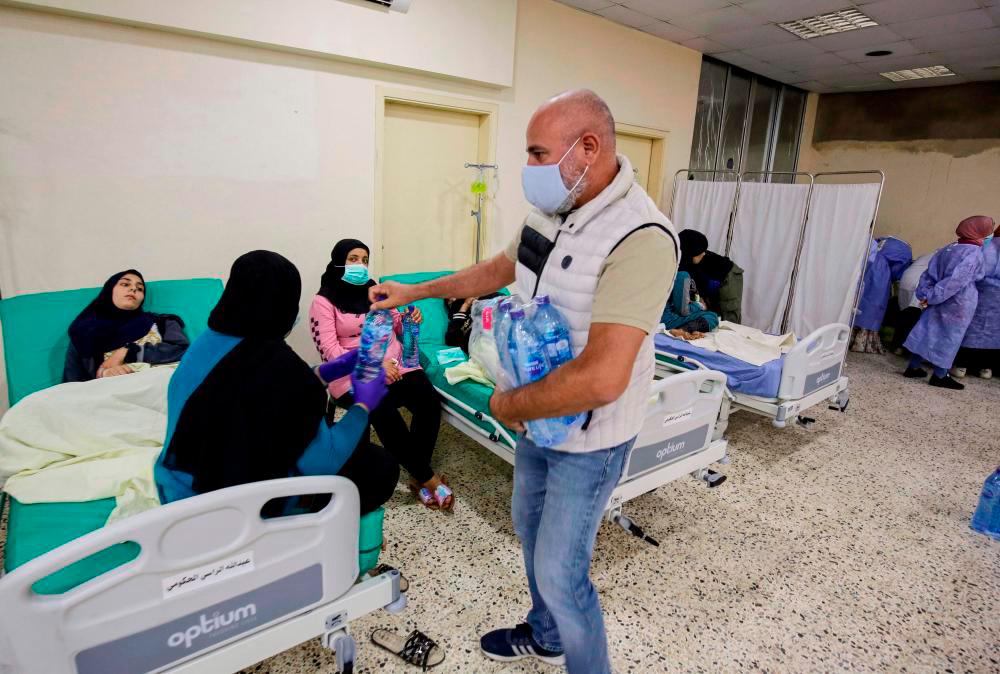 Syria has recorded 81 deaths and more than 24,000 suspected cases of the extremely virulent disease since September, according to the World Health Organization, in the country’s first outbreak for more than a decade.

Ankara has “failed to ensure” adequate water flow down the Euphrates river and supply from the strategic Turkish-controlled Alouk water station, HRW said.

The rights group also slammed the government of Syrian President Bashar al-Assad for its “discriminatory diversion of aid and essential services” away from Kurdish-held areas in the northeast.

Residents of this area are facing waning river flow from the Euphrates, where water testing in September proved the presence of bacteria responsible for cholera, a Kurdish health official told reporters at the time.

“This devastating cholera outbreak will not be the last waterborne disease to impact Syrians if the country’s severe water problems are not immediately addressed.”

Cholera is generally contracted from contaminated food or water and spreads in residential areas that lack proper sewerage networks or mains drinking water.

Inside Syria, the Euphrates flows mostly along territory controlled by semi-autonomous Kurdish authorities, whose US-backed fighters dislodged the Islamic State group from the jihadists’ last scrap of Syrian territory in 2019.

“All parties to the conflict need to ensure the right to clean water and health for everyone in Syria,“ HRW said.-AFP