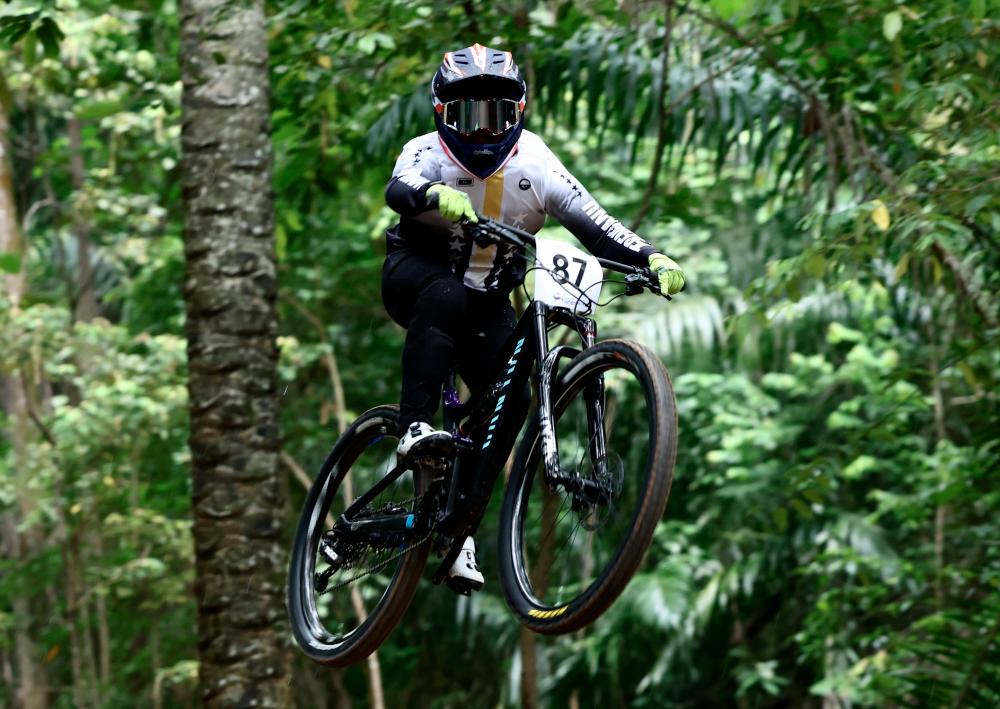 PUTRAJAYA: The absence of a mountain bike track in Terengganu is not an obstacle for the state's athletes to dominate the mountain bike event at the 20th Malaysian Games (Sukma) today.

Saniy Syahmi said although today's race was very competitive because he was cycling against his friend Yohannes who refused to yield.

“The difficulty I faced before was that there was no downhill track in Terengganu, I came here just for training, but I was able to win gold, I am satisfied,” he said to reporters after the race.

His teammate Amer Akbar Anuar who recorded a time of 1:25.168s won silver while Yohannes took home the bronze after recording a time of 1:29.695s.

The silver went to Siti Natasha Mohd Basri from Perak with a time of 1:38.707s while the third place was won by Pahang cyclist Nia Vanessa Suhana Zaidi who clocked 1:40:367s. -Bernama